Davit Sergeenko, Minister of Internally Displaced Persons from the Occupied Territories, Labour, Health and Social Affairs of Georgia, announced his resignation on June 18, citing the “need for changes” ahead of the “new wave of reforms”.

He has been replaced by Ekaterine Tikaradze, 43, dentist by training, who served as CEO of a “non-commercial legal entity” clinic “Dostakari” – a quasi-governmental health clinic, which also runs a spa/hotel located in Sachkhere. This provincial town is known to be a family home to Bidzina Ivanishvili, billionaire and the leader of the ruling Georgian Dream party. Ivanishvili’s “Cartu Foundation” is known to fund “Dostakari”.

Tikaradze, a political unknown, presents herself on professional LinkedIn profile as an “experienced Chief Executive Officer with a demonstrated history of working in the medical practice industry. Skilled in Health Promotion, Clinical Research, Community Health, Epidemiology, and Global Health.” According to the same profile, she has graduated from Donau-Universität Krems, a continuing education institution located in Austria, in 2016.

PM Mamuka Bakhtadze presented the new minister, Ekaterine Tikaradze, emphasizing her “managerial skills” and noting that “her knowledge and experience make it clear that Eka will be a very successful minister and a distinguished member of our political team.”

“Any system needs new reforms and this is a permanent process,” PM Bakhtadze said, adding that the new minister “will have to cope with a lot of difficult challenges.”

“I am sure that we will do our utmost not to leave even a single issue and a single problem without attention and in the long run, we will have the most successful and people-oriented healthcare system,” the new health minister said.

Speaking at a news briefing today, Prime Minister Mamuka Bakhtadze said that outgoing Minister Sergeenko will be appointed as his advisor. He thanked the former health minister for implementing “important” reforms in the sphere, adding that Sergeenko “will remain a committed member” of the ruling Georgian Dream party. Sergeenko himself noted to have initiated the advent of Tikaradze.

Davit Sergeenko served as health minister since October 2012, making him one of the two longest-serving cabinet members under Georgian Dream administration (another one being Tea Tsulukiani, Justice Minisiter).

Interestingly, prior to this appointment, he led the same medical center as Tikaradze, built by the ruling party leader, Bidzina Ivanishvili in his native Sachkhere.

According to the April 2019 NDI/CRRC opinion poll, Sergeenko enjoyed the best favorable/unfavorable balance for his perceived performance in office (40/12 with 32 neutral) among the cabinet members. 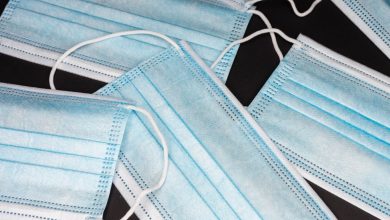