Prime Minister Mamuka Bakhtadze addressed the Parliamentary Assembly of the Council of Europe (PACE) in Strasbourg on April 10. The statement was followed by Q&A session with lawmakers from CoE member states.

PM Bakhtadze opened his remarks by highlighting the progress Georgia has made in the 20 years since it joined the Council of Europe, including in the fields of judiciary reform, fight against corruption and human rights protection.

The Prime Minister thanked the Assembly – as well as the other institutions of the Council of Europe – for their part in helping the country’s democratic transformation. “Together we have created a country that has emerged as a true democracy between two continents, bridging Europe with Asia,” he stated.

He also pointed out that more work remains to be done for advancing the country’s democracy further.

PM Bakhtadze noted that Georgia has a major challenge – occupation of parts of its territory. He stressed the two Russian-occupied provinces – Abkhazia and South Ossetia – are facing a “humanitarian disaster.”

“Every day we have to deal with barbed-wire fences, the depopulation of occupied territories, grave human rights abuses and a general situation that is nothing but a humanitarian disaster, in every sense of the term,” he said.

Bakhtadze also noted that more than 300,000 Georgians cannot return to their homes, while those remaining in the two regions are subject to discrimination on ethnic grounds.

He also focused on the deaths of Archil Tatunashvili, Giga Otkhozoria and Davit Basharuli by local authorities, as well as the case of Irakli Kvaratskhelia, a 29-year-old Georgian citizen, who died in Russian custody in Abkhazia.

He also accused the Russian Federation of trying to undermine Tbilisi’s attempts to reach out to the populations of the regions, and reminded that Moscow has not honored the obligations of the 2008 ceasefire agreement.

The Prime Minister also pledged that Georgia will stay committed to peaceful conflict resolution. “Today, from this stage I would like to send message to all our Ossetian and Abkhaz citizens – our every success is your success! And only future that we see together is only with you, – united in peace and prosperity,” he noted.

PM Bakhtadze also commented on CoE’s budgetary crisis, caused by the Russia’s non-payment of contributions for nearly two years. He said the Georgian authorities will contribute half a million Euros to the organization’s budget.

“Georgia supports efforts aimed at solving current financial difficulties, however position of Georgia remains that non-payment by Russia should not become a factor or condition for changing existing rules of procedure of the Parliamentary Assembly or statute of the Council of Europe,” he stated.

The MPs raised a number of questions in the Q&A session, with most of them relating to the 2018 Presidential elections.

Asked by a Polish MP, Aleksander Pociej, about “many irregulaties” identified by the OSCE/ODIHR election monitoring mission, PM Bakhtadze said the biggest shortcoming during the elections was “a very polarized political environment,” and that the authorities are “now working to implement” the OSCE/ODIHR recommendations.

On the question of a Romanian MP, Iulian Bulai, concerning the controversial debt relief scheme, Bakhtadze said the idea predated the elections and was announced earlier in 2018, when he was the Minister of Finance.

“It was one of the biggest problems in our economy and it created a systemic risk for our national economy… I assure you that the project has nothing to do with the election,” the Prime Minister stated.

A lawmaker from Sweden, Boriana Aberg, inquired into the case of Ia Kerzaia, the late principal of Public School N6 in Zugdidi, who was reportedly pressured to join the campaign of ruling party-endorsed candidate Salome Zurabishvili.

Bakhtadze stressed he expects the investigation to “answer all relevant questions about this [human] tragedy.” “I would like to express my condolences to the family of Ia Kerzaia, but at the same time, some political parties are unfortunately using this tragedy for political speculation,” he noted.

Asked by an Austrian MP, Stefan Schennach, about the reported abduction from Georgia of Azerbaijani journalist and activist Afgan Mukhtarli in May 2017, Bakhtadze responded that the investigation is still “in progress,” and will give his assessments once the process is over.

Violeta Tomic, a lawmaker from Slovenia, questioned Bakhtadze on the government’s record in upholding the rights of the Georgian LGBTI community, and the threats they are facing from far-right extremists.

In response, the Prime Minister said the Georgian Parliament’s decision to adopt the anti-discrimination law in 2014, was “a big step forward” in protecting the rights of the LGBTI community. As for the extremist groups, Bakhtadze said in Georgia such groups are marginalized, and that they “can be found in any country.”

Bakhtadze was also asked about allegations of pressure voiced by the Transparency International Georgia, as well as on verbal attacks against civil society organizations by ruling party leaders, but the Prime Minister refrained from giving an answer directly, saying the country has “a vibrant civil society” and the government’s motivation “is to work very closely with it.”

Also on April 10, Prime Minister Bakhtadze held meetings with the President of PACE, Liliane Maury Pasquier and the Secretary General of the Council of Europe, Thorbjørn Jagland. 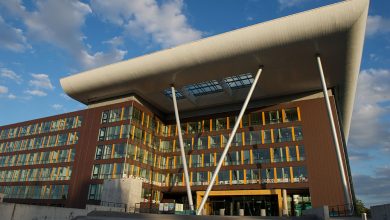 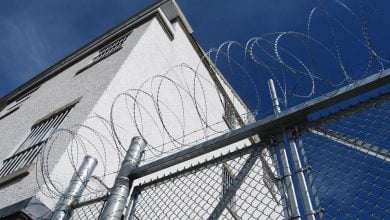