Speaking at a news briefing yesterday, PM Bakhtadze said that starting from December 15 through the end of month individuals will be periodically removed from the so called “black list” of defaulting debtors.

The Cartu Fund, a subsidiary of the Cartu Bank has launched, in cooperation with the government, a special website on December 10. On this site, citizens will be able to verify the status of their debts in the databases of six banks, including the largest three – Bank of Georgia, TBC Bank and Liberty Bank. In frames of the government-backed scheme, the Cartu Fund has bought off the bad loans and will be gradually writing them off.

“Thus, majority of our citizens and their families will celebrate the New Year’s Eve without this pressing problem,” he noted, adding that the government’s key priority is “to eradicate poverty in the country.”

Pardoning of bad debts was one of the “social packages” announced by the ruling Georgian Dream – Democratic Georgia (GDDG) between the two rounds of presidential elections. As it reportedly concerns 600 thousand persons, and because Cartu Group is associated with GDDG founder and leader Bidzina Ivanishvili, the decision was deemed an election fraud by the opposition, who have filed their complaint to the court for what they see as the violation of the election code.

The international observers also stated in their preliminary conclusions, that “the announcement by the government of a debt relief equivalent to GEL 1.5 billion for 600,000 individuals funded by a private financial institution linked to the GD chairperson could amount to vote buying.”

PM Bakhtadze has alluded to those allegations in his statement, saying the government has launched discussions on excessive indebtedness long before the elections. Our “political opponents tried but failed to cast shadow on this initiative”, he said. 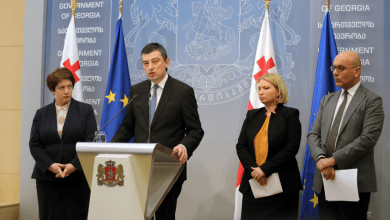 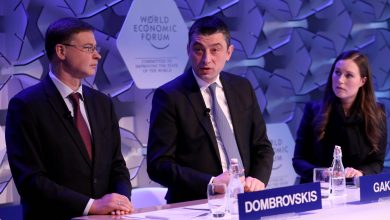