President Salome Zurabishvili had been talking up the need for addressing the issue of political defamation and fake news since her election campaign. Having won the office, she promptly proceeded to push the matter on the national agenda. So far, the reception by human rights watchdogs has been guarded, but the conservative elements of the ruling party and the Orthodox Church seem to be on board.

In her New Year address, President Zurabishvili noted: “In order for those, who will walk this path [of presidency] tomorrow to no longer suffer insult, defamation, hate speech, we should ponder, how to simultaneously protect the freedom of speech and the human dignity, by law.”

She has reverted to the matter at a press conference on January 11, proposing to start public deliberation on how to cope with increased cases of defamation in social media.

The issue was enthusiastically picked up by the leaders of the ruling Georgian Dream–Democratic Georgia party and Georgian Patriarch Ilia II, who spoke in his Christmas epistle of the “great efforts being made for the deformed sense of the freedom of speech to triumph.”

Suspecting the germs of a conservative onslaught on the freedom of speech, many representatives of local civil society criticized the President for conflating the issues of defamation, libel and fake news, and for being too vague about the thrust and object of her proposals.

President Zurabishvili has invited the representatives of civil society organizations (CSOs) on February 1, saying the problem of defamation is very acute and “requires thorough examination.”

In effect, the meeting did little to foster confidence-based cooperation between the watchdogs and the President.

Giorgi Mshvenieradze of Georgian Democracy Initiative says that “the meeting was important as we found out what covert designs the government might have.” He suspects the government may suggest to shift the burden of proof in defamation cases, meaning that in case of a lawsuit, a journalist will have to prove the facts she presented are true, rather than the claimant proving they are false. This will be  “extremely damaging for journalistic activities and for the freedom of expression,” Mshvenieradze says.

For Sulkhan Saladze of the Georgian Young Lawyers Association, the meeting brought no clarity. “It is unacceptable when an administrative body holds a meeting with the participation of the President and tables no concrete proposals [to discuss],” he notes with indignation. If the discussions continue “to the detriment of the freedom of speech and expression” Saladze says, it will receive “no support” from watchdogs.

Nata Dzvelishvili, executive director of the Georgian Charter of Journalistic Ethics, says the way the meeting was held seemed “strange”, since the President’s administration was expecting discussion on the initiative that has not been articulated yet. “We did not know what to comment because the proposal did not come from us,” she says. The only positive outcome of the meeting, in Dzvelishvili’s mind, is that “the majority of civil society organizations now agree, that no [new] regulation is needed in this respect”.

Ketevan Makharashvili, Deputy Head of the President’s Administration is determined to plough on. She says “the public is sadly not accustomed” to the government yielding initiative for proposals.

“CSO reaction does not surprise me…we are not going to propose anything until we have sufficient feedback and proposals,” says newly appointed Makharashvili, who directed the Zurab Zhvania School of Public Administration before, and served stints at UNDP and USAID.

According to the Law of Georgia on Freedom of Speech and Expression, defamation is not a criminal offense since 2004.

According to the law, defamation is a statement containing substantive falsehood, which is damaging a person’s reputation.

Any person can file a civil lawsuit against defamation, but n this case, the burden of proof will lie with the claimant – which means that the claimant would have to prove the falsehood of accusations and the intent of spreading deliberately false news.

If a claimant proves in court that the respondent’s remarks contain false facts that caused harm, an administrative penalty would be imposed.

Proposal with a French accent?

In the context of her initiative, President Zurabishvili, former French diplomat, has repeatedly referred the law against the manipulation of information during the election process, adopted in France in November 2018 upon the initiative of President Emmanuel Macron.

For the first time, this law defined “fake news” in the context of elections, as “accusations and inaccurate or misleading news aimed at influencing the honesty of expressing the electoral will.”

Candidates and parties, targeted by fake news, now have the right to seize a judge and, based on the latter’s decision, restrict the spread of false news three months ahead of the date of elections.

According to the same law, leading social media outlets – Facebook, Twitter and Google – also have to publicize information about the authors of political ads during the electoral campaign and the amount paid by them.

The French government cites its struggle against Russian propaganda as the key reason behind adding this particular provision to the law. Attacks by RT and Sputnik against candidate Macron during 2017 campaign is often cited as an example of destructive interference.

Despite the general consensus about the damage fake news may cause, the law has triggered strong criticism in France, both from the opposition, and from the upper house of the Parliament, Senate, which voted the proposals down twice.

The French law has a very clear scope of application in the pre-election period, and the restrictions it imposes are also temporary. Neither President Zurabishvili nor the ruling party made such previsions.

President’s proposals seem far from taking their legal shape yet. The President’s Administration is also cautious not to speak about the time-frame. But one thing is clear: the watchdogs reject additional regulations mostly for the fear of getting worse, more restrictive law.

For the item on top of Presidents’ agenda, the work has just began. The new presidential administration clearly has to find a better way for inciting influential watchdogs’ cooperation. 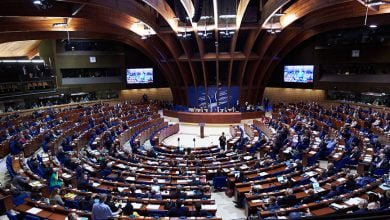