Three leading election watchdogs – GYLA, TI Georgia and ISFED – urge the Central Election Commission not to set the date of the second round of presidential polls on a working day, and propose Saturday, December 1 as a preferred alternative.

The organizations issued a statement on November 14 before the sitting of the Central Election Commission (CEC), which is to convene later today* for finalizing the first round results and for scheduling the runoff date, tentatively for Wednesday, November 28.

According to the Election Code, second round runoffs have to be held two weeks after the CEC publishes the final vote tally of the first round. If CEC issues the vote tally today, it will place the possible date of the runoff on November 28.

The CSOs fear that this will thwart the citizens from voting – both abroad and in Georgia.

The organizations explain that Georgians living abroad will not be able to cast ballot in large numbers, as they will have difficulties getting off work. In Georgia, they add, although the election day will be declared a public holiday, voters will still face problems as many of them will have to commute to their registration addresses far from their actual places of residence.

The watchdogs also point out that pursuant to the Election Code, the CEC is entitled to summarize the final vote tally of the first round no later than 20 days after the election day (Saturday, November 17). Using the 20 day period entirely and finalizing the vote tally on November 17, would place the election day on Satuday, December 1.

“We believe that setting Saturday, December 1 as runoff date will be important for ensuring the voting rights of our compatriots living in Georgia and abroad,” the three watchdogs stressed, calling on the election administration to accept their request duly.

The CSO statement comes a day after the opposition coalition led by the United National Movement accused the election administration of delaying to schedule the date of the second round of presidential polls, and of doing so “in agreement with the ruling party.”

Georgia held the first round of its last direct presidential elections on October 28. The vote results put the ruling party-backed candidate Salome Zurabishvili neck-to-neck with Grigol Vashadze of the UNM-led opposition coalition.

*The CEC sitting was scheduled for 1pm on November 14, but was postponed for 7pm. The election administration gave no reasons behind the decision. 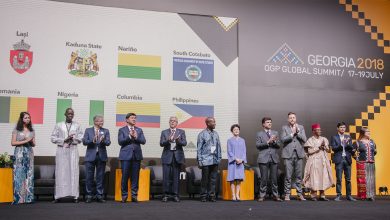 Watchdogs Concerned Over Lack of Open Governance Reforms in Georgia