In his address to the UN General Assembly on September 27, Prime Minister Mamuka Bakhtadze called on the Russian Federation to fulfill the 2008 ceasefire agreement, and withdraw its armed forces from “two historic and integral regions” of Georgia.

Addressing the UNGA General Debate in Georgian language, PM Bakhtadze said ten years after the military occupation of Abkhazia and Tskhinvali Region/South Ossetia, the two regions are still occupied, and “ten percent of the Georgian population remains in displacement as a result of ethnic cleansing.”

“Barbed wires and other artificial barriers detach the families and violate fundamental human rights. People living along the occupation line are even deprived of the right to visit the churches and the graves of their ancestors. Our citizens are prohibited to educate their children in their native language,” the Prime Minister noted.

“I urge the Russian Federation: fulfill your assumed and signed international obligations and withdraw your occupation forces from Georgia’s territory!,” he then stated.

The situation in the occupied territories of #Georgia is a humanitarian catastrophe. The international community’s firm support in the peaceful resolution of the Russia-Georgia conflict is critically important. We must stand together and stand strong! #UNGA2018 pic.twitter.com/GlAijZLsSP

Bakhtadze also spoke of the Georgian Government’s new peace initiative – “a Step to a Better Future” – aimed at enhancing economic and people-to-people exchanges between residents of Abkhazia and Tskhinvali regions with the rest of Georgia.

“Today, from this rostrum, I would like to address our Abkhaz and [South] Ossetian compatriots: Georgia’s every success is your success; We share a common historical past, which should pave the way for our future, which I am convinced will bring us peace and prosperity,” PM Bakhtadze noted.

The Prime Minister also stressed that the Government of Georgia is willing to “break the deadlock” in its relations with Russia, but underscored that this can only be achieved if Georgia’s sovereignty and territorial integrity are fully respected.

PM Mamuka Bakhtadze was on an official visit to the U.S. on September 16-27, where he held a number of high-level meetings in Washington DC and New York. 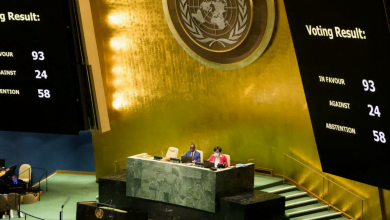 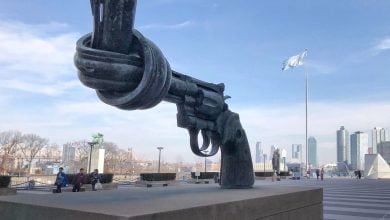 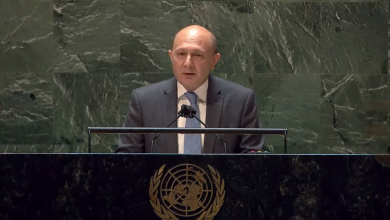