Vystrčil, the speaker of the Czech Parliament’s upper house, is accompanied by Chair of the Senate’s Education Committee, Jiří Drahoš, members of the European Affairs Committee Jiří Dušek, Jiří Čunek and Zdeněk Nytra, and Václav Láska of the Foreign Affairs Committee.

At the Government Chancellery on May 3, Speaker Vystrčil and PM Garibashvili discussed deepening bilateral sectoral cooperation between the two countries, the PM’s press service reported.

The Georgian PM expressed his hopes to the Senate President that the Czech Republic will promote Georgia’s EU membership bid during Prague’s upcoming presidency of the Council of the European Union.

On its part, Georgia will maintain democratic consolidation, rule of law, good governance and respect for human rights high on its agenda, the press release cited PM Garibashvili as saying.

Delighted to receive the Czech delegation, led by President of the Senate of the Czech Republic @Vystrcil_Milos. Within the 🇨🇿's presidency of the 🇪🇺, Georgia is going through an important stage of the European integration and we are grateful for your steadfast support. pic.twitter.com/YDxx7m5XTX

Also on May 3, Speaker Vystrčil and Economy Minister, Vice PM Levan Davitashvili touched upon deepening trade and economic ties, including in the areas of tourism, agriculture, transportation, healthcare and mechanical engineering.

In this context, Minister Davitashvili stressed the importance of the May 2 opening of the Czech government agency for promoting trade — CzechTrade — in Tbilisi, the Economy Ministry reported.

Meanwhile, Speaker Vystrčil on his part pledged the Czech Republic’s support for Georgia’s membership in the EU and NATO.

Meetings at the Parliament

The sides highlighted the necessity of close cooperation between the two legislatures in the context of Georgia’s EU integration, with Speaker Papuashvili stressing the importance of Prague sharing its own experience of joining the bloc with Tbilisi.

Also on May 2, the Czech Speaker and Georgian opposition MPs, Khatia Dekanoidze of the United National Movement, Davit Usupashvili of Lelo, Giorgi Khojevanishvili of For Georgia, Teona Akubardia of Strategy Aghmashenebeli and Aleksandre Rakviashvili of New Political Center – Girchi touched upon Russia’s war against Ukraine and the state of democracy in Georgia.

MP Dekanoidze said that the opposition lawmakers had alerted the Czech Speaker about “shadow governance, [and] oligarchy, which are the biggest threat to democracy [in Georgia] and the high level of polarization.”

Lelo party’s Davit Usupashvili noted on his part that the Czech delegation expressed concern whether Georgia is on the same page as European states when it comes to supporting Ukraine and deterring Russia.

In response to Civil.ge‘s query, Speaker Vystrčil said that Russia’s invasion of Ukraine has significantly altered the stance of Czech President Miloš Zeman, arguing his views previously used to differ from that of other governments officials.

Now, Vystrčil, argued there are no disagreements in principle between Czech officials on Prague’s military and humanitarian assistance to Kyiv. The Senate, on its part, has long continued a consistent stance on the risks of purchasing Russian and Chinese commodities, the Speaker said.

The Senate chairperson also told the journalists that the Czech Republic has continued to support the EU aspirations of Georgia, Ukraine and Moldova, with Prague standing ready to assist Tbilisi in fulfilling its commitments under the Association Agreement.

Commenting on the EU membership bids of the three countries, Speaker Vystrčil said the further development of the integration process was hard to imagine without Russia’s war in Ukraine ending first. 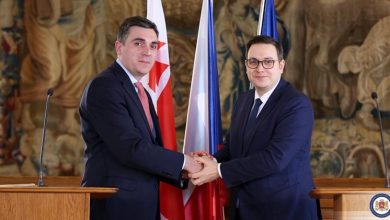 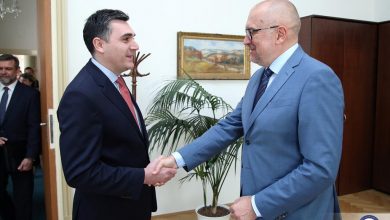 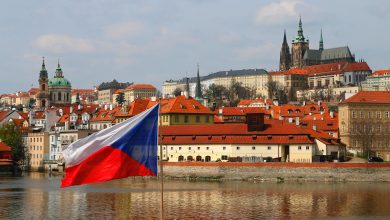 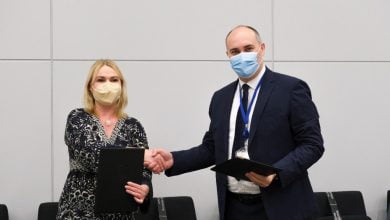