Chkhorotsku Municipal Council, one of the six Sakrebulos where opposition parties hold the majority of seats, today failed to elect its Chair despite the opposition agreeing to collaborate.

In Chkhorotsku Municipal Council, the Georgian Dream has 12 mandates, the United National Movement and For Georgia have 7 seats each, while Lelo has one seat.

UNM and Lelo had agreed to back For Georgia’s Shota Tsurtsumia against Georgian Dream’s Jumber Izoria as the Sakrebulo chair candidate. But in today’s voting, both nominees for the Chair failed to receive the necessary 14 votes in the 27-member Sakrebulo.

In the secret vote, 13 councilors cast their ballots for GD’s Jumber Izoria, and 12 in favor of For Georgia’s Tsurtsumia. One ballot was declared void since both of the candidates were crossed over. Meanwhile, one more councilor, UNM member Ramaz Gulua, could not attend the session.

The development raised doubts that one opposition member had voted in favor of the GD and another opposition councilor had deliberately voided the ballot, leading to mutual accusations between UNM and ex-Prime Minister Giorgi Gakharia’s For Georgia party.

Calling his team “united” and “solid”, Tsurtsumia said he could not doubt any of his party members, casting doubt instead on UNM and Lelo’s commitment. “It is up to you to judge if these people sold out,” Tsurtusmia told reporters.

UNM Councilor Oto Shengelia vouched for his party colleagues and the Lelo councilor, and instead pointed accusatory fingers at the For Georgia members. “I don’t know what happened in [ex-PM Giorgi] Gakharia’s team,” he noted.

When a Sakrebulo fails to elect either of two candidates, a second-round vote is held where only the candidate that secured the majority of the votes is brought forward, per the Georgian legislation. But the opposition councilors refused to attend the vote for GD’s Izoria, and the session had to be postponed due to the absence of a quorum. The Council similarly failed to elect the chair at the December 3 session.

Amid the standstill in the hung Sakrebulos, UNM chair Nika Melia said on December 8 that UNM had decided to back For Georgia members as Chairs in the Councils where ex-PM Gakharia’s party emerged as a kingmaker. But Melia said it was essential for the For Georgia party to name fellow opposition members to other top Sakrebulo positions.

Today, following the failure to elect a chair, Berdia Sichinava, one of the leaders of For Georgia, accused part of the UNM of “entering into direct collaboration with the Georgian Dream.” “An offer is one thing, and what actually happens in the municipality, in local politics is another,” he added, referring to Melia’s proposal. 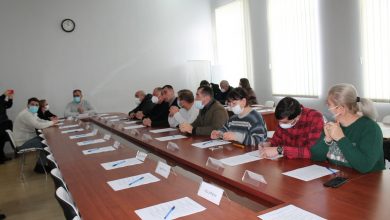 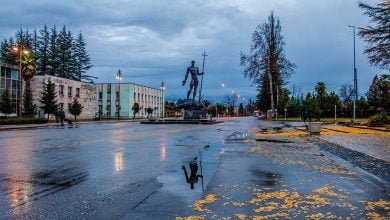