The Finance Ministry disclosed it has not evaluated the fiscal risk of the Namakhvani HPP project as required by Georgian Law on Public-Private Partnership, Social Justice Center (SJC) said on October 18.

The SJC, a Tbilisi-based advocacy group, stressed this confirms the Government had “unlawfully” approved the controversial Namakhvani HPP project in western Georgia, without prior fiscal risk assessment.

The absence of the risk evaluation report could provide legal grounds for recognizing the initial contract with the investor as unlawful as well, according to the Social Justice Center. The group is one of the local CSOs opposing the project, also involved in mediation with the authorities.

The CSO stressed that the Finance Ministry’s report is not merely a procedural step. It argued that the absence of the assessment means the Government had not substantiated the cost-effectiveness of the project.

The Social Justice Center has long demanded Finance and Justice Ministries to publish their evaluations on the fiscal and legal risks of the project and the agreement, respectively. The watchdog said on May 17 it had lodged a lawsuit in Court for the documents to be disclosed.

The Justice Ministry’s assessment addressed to Economy Minister Turnava and dated 2019, was leaked to media on May 25, when large scale protests against the HPP project took place in Tbilisi, the capital. The four-page document contained 22 critical remarks on the agreement.

Istanbul-based ENKA Insaat, the investor company, notified the Georgian government it sought to terminate the Namakhvani HPP project contract on September 22. It cited breaches of contract and force majeure. But the Government of Georgia could still look for other investors to continue the construction.

Economy Minister Natia Turnava has said that the Georgian government remains committed to the project. But she refrained from additional details, citing arbitration risks.

Local protests focused on environmental concerns gradually grew into a major movement, which held massive rallies, including in the capital city, Tbilisi. Besides environmental risks, activists and CSOs had cited “cabal” and “anti-state” provisions of the contract.

Following months long protests and tensions, a mediation by European Energy Community was launched in June between the oppononents of the project and the authorities. 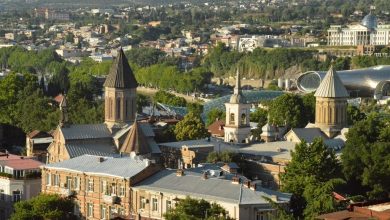