According to a new public opinion survey released by the International Republican Institute yesterday, the number of respondents rating the Georgian Dream government’s handling of relations with Russia positively is at record low with 23%. 42% see the GD’s handling of relations with Russia very negatively (up from 22% in February) and further 28% rates it somewhat negatively.

The poll was coordinated by Baltic Surveys/The Gallup Organization for the International Republican Institute (IRI) and the fieldwork was carried out by the Institute of Polling and Marketing during June 15-30 period through face-to-face interviews with 1,500 respondents and has a margin of error of plus/minus 2.5%. The survey was funded by the US Agency for International Development. 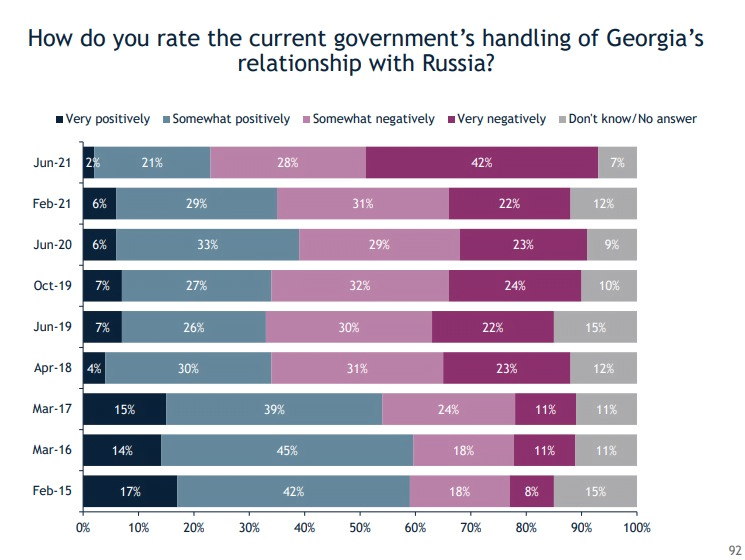 Asked to name the most important political partners for Georgia, 60% of respondents said the United States, 56% named the European Union, 32% said Ukraine and 15% said Azerbaijan. Russia and Turkey received 11% and 10%, respectively.

Asked to name most important economic partners for Georgia, the European Union and the U.S. came first with 44% each, 23% said Ukraine, 22% named Turkey. Azerbaijan came fifth with 19% and Russia ranked sixth with 17%.

In the meantime, 79% said Russia poses the greatest political threat to Georgia, while 15% said Turkey. Azerbaijan, Iran and the U.S. came next with 5% each. Also, 71% named Russia as the biggest economic threat in Georgia, followed by Turkey with 12%.

According to the survey, 56% said they fully support dialogue with Russia (up from 36% in February), and 22% said they somewhat support it. In the meantime, 80% of respondents say Russian aggression in Georgia is still ongoing, the highest number at least since May 2011. 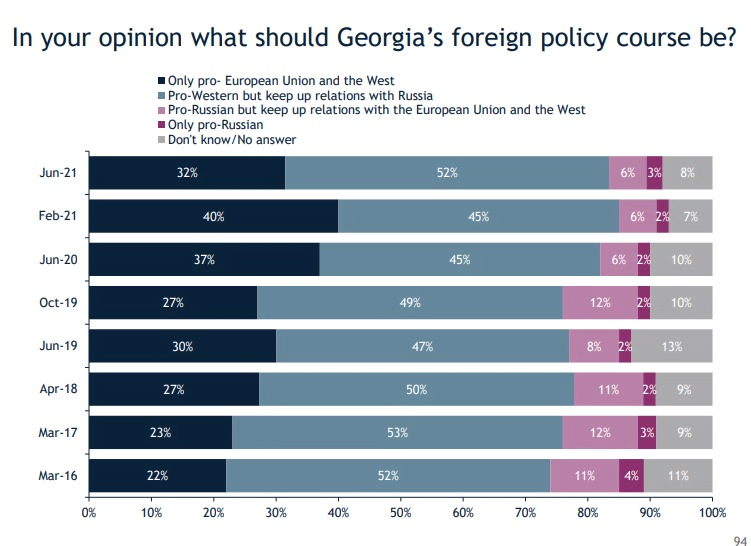 The poll also revealed that 83% support Georgia joining the EU (68% fully support and 15% somewhat support it), while 77% support NATO integration (61% supports this fully, while 16% supports it somewhat).

As for all mentions, Imedi TV came first with 45%, Rustavi 2 TV was named by 36%, Mtavari Arkhi TV by 29% and TV Pirveli by 28%. The Georgian Public Broadcaster and pro-opposition Formula TV received 13% and 12%, respectively. 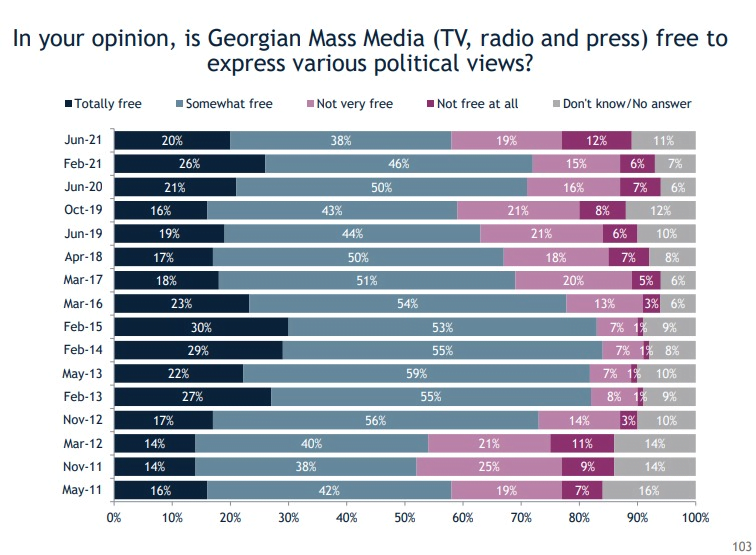 According to the survey, half of the respondents said misleading and false information are very problematic, while 32% said it was somewhat problematic for Georgia.

19% of the respondents said they encounter misleading or false information in Georgia daily or almost daily, while another 19% responded several times a week.

60% of the respondents said they are satisfied with the government’s response to COVID-19 pandemic, as opposed to 59% in February and 77% in June 2020.

Disaggregated by party preferences, those preferring UNM are more likely to refuse vaccines with 54%, as opposed to GD’s 40% and 45% among For Georgia supporters. 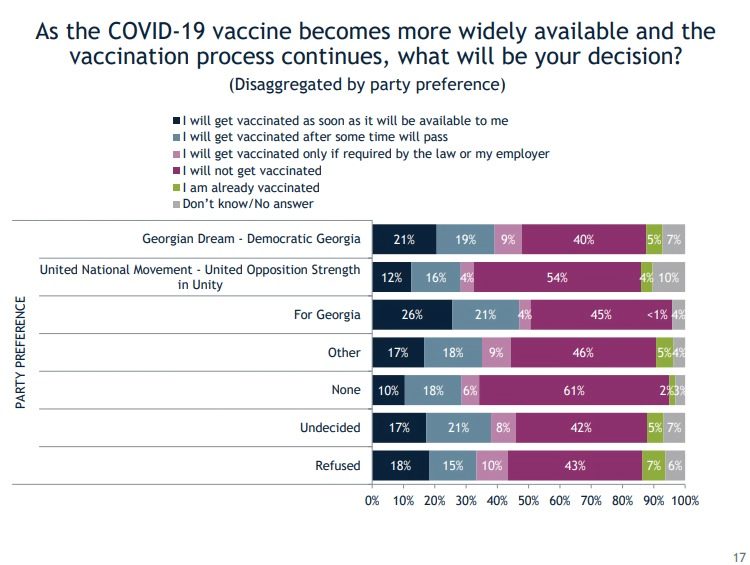