Police have arrested one more for attacking a Georgian Public Broadcaster during the homophobic pogroms of July 5 in downtown Tbilisi, the Interior Ministry reported today.

Interior Ministry said the suspect physically and verbally attacked the journlalist, and interfered with his professional activities. The cameraman was covering on Rustaveli Avenue the violent counter-rally against Pride March, an event canceled subsequently due to the outbreak of violence and lack of security guarantees by the state.

The Interior Ministry said the investigation into the events of July 5-6 is ongoing on charges of participating in group violence (Article 225.2, Criminal Code), unlawful interference with journalist’s professional activities (Article 154.2), and persecution using violence or threat of violence (Article 156.2a).

Overall, 53 journalists were assaulted during the homophobic pogroms in Tbilisi. As of July 23, police have arrested 24 persons for the attacks. 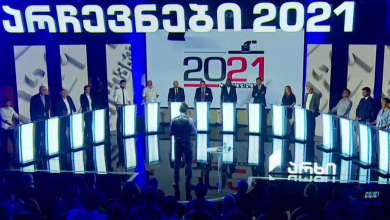