The Georgian President’s administration confirmed that President Zurabishvili issued a pardon on July 17 and it entered into force on July 19. It said the move came in pursuant of the “the agreement reached between the two presidents during the official visit to Kyiv.”

Georgia had accused them of illegally crossing the state border. The Batumi City Court sentenced the detainees to four years in jail on July 14. Noting the lack of evidence into the case, defense lawyer Beka Basilaia called the detainees “political prisoners,” arguing the court delivered an illegal ruling.

President Zelenskyy welcomed the release of Ukrainian citizens, noting that Tbilisi’s decision is “in line with the spirit of strategic partnership between our countries.”

Georgia’s ex-President Mikheil Saakashvili claimed today that the Georgian government had to release the detainees, because Kyiv “made it clear” that Zelenskyy would not attend the Batumi International Conference otherwise. According to Saakashvili, President Zelenskyy’s plane left for Georgia only after Ukraine’s Embassy confirmed the three men had been released.

The boat with two Ukrainian citizens and the former member of Saakashvili’s security detail on board was detained on charges of illegally crossing Georgia’s territorial waters on November 28, 2020.

The Prosecutor’s Office of Georgia said then the investigation, among others, was underway into an alleged illegal shipment of migrants. Temur Janashia, head of Special State Protection Service of Georgia under Saakashvili’s United National Movement administration, said that the authorities had expected to find Mikheil Saakashvili on board. 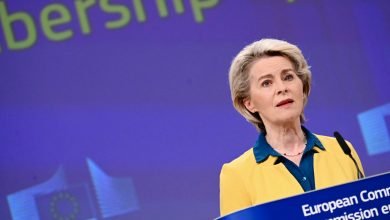