Police have arrested three persons for assaulting journalists and interfering with their professional activities, following yesterday’s homophobic violence spree that led to attacks on 55 persons, including 53 media representatives.

The three suspects attacked, in separate incidents, journalists of TV channels Mtavari Arkhi and Rustavi 2, and online media outlets Tabula and Newposts. It was not immediately clear from the Interior Ministry statement if the suspects acted as a group.

Under the ongoing investigation into yesterday’s mob violence, the Interior Ministry said police have already questioned 25 media representatives, and are examining video footages of the incidents.

The Interior Ministry has said it is also leading probes into attacks on Tbilisi Pride and Shame Movement, Human Rights House offices over damage or destruction of property (Article 187, Criminal Code). As the attack on the latter, allegedly with pyrotechnics, left one injured, the police are also investigating the case under Article 126, violence.

Over the course of yesterday’s violent anti-Pride rally, the Interior Ministry said it detained eight persons on administrative offenses as well.

Denouncing the attacks on journalists as “categorically unacceptable,” Prime Minister Irakli Garibashvili said: “Police are working actively … every person [attacker], who committed violence,  will be identified and punished.”

Some television channels have come out with amended strategies on covering activities of hate groups, following yesterday’s violent developments.

Rustavi 2 TV stated it will not cover events organized by such groups. “Our channel’s broadcast will not be dedicated to persons and [group] leaders that openly use hate speech, incite violence and aggression, make homophobic, xenophobic or other similar similar statements,” said the channel on July 5.

Meanwhile, Imedi TV director Nika Laliashvili noted the channel will not invite in the studio or interview representatives of violent groups, but will cover the events as the public must be “fully” and “objectively” informed. “The people [viewers] will distinguish between good and bad themselves,” he added.

During yesterday’s events, several television channels also decided to remove their crews from the site of violence as well. “Today was the first time the government forced us to put away our microphones and leave the epicenter of the conflict,” said TV Pirveli journalist Inga Grigolia. 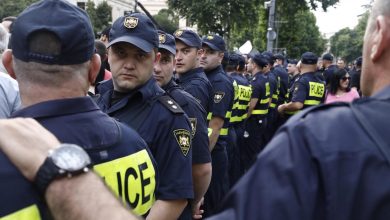 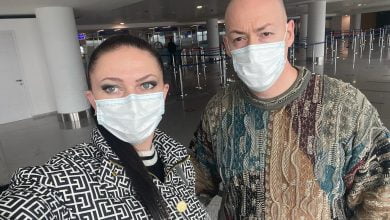