With 77 votes in favor and 2 against, the Parliament of Georgia in the third hearing on June 10 passed controversial amendments to the Law on Information Security.

Parliament Speaker Kakha Kuchava said the Parliament will continue working on a number of remaining issues to fully harmonize the Law on Information Security with the relevant European Union directive. He also noted that a meeting with experts was held ten days ago regarding the passed amendments, with foreign embassy representatives also in attendance.

British Ambassador to Georgia Mark Clayton stated the changes are a “strong foundation on which Georgian can build its future cybersecurity,” underscoring that the latter is “essential for its defense and sovereignty in cyberspace.”

The Institute for Development of Freedom of Information (IDFI), a local watchdog, however, expressed concerns over the freshly passed changes today, stating that the amendments simultaneously grant the Operative-technical agency regulatory, monitoring, and sanctioning powers.

IDFI said the Operative-technical Agency can now also gain direct access to information systems of the legislative, executive, and judicial authorities, and of the telecommunications sector, while also having indirect access to personal and commercial information stored in the systems.

“A security agency [State Security Service] is given the opportunity to access personal data, given that the ambiguity of the norms poses a real danger of illegal and disproportionate processing of personal data,” the watchdog stressed.

The amendments are set to come into effect starting December 30, 2021. 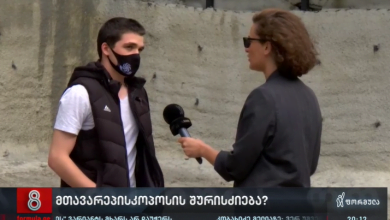