The Group of Experts on Action against Trafficking in Human Beings (GRETA), the Council of Europe’s (CoE) anti-human trafficking monitoring body, in its third report took note of Georgia’s progress, although stressed the need for “improved victim identification and strengthened criminal justice response.” The report, released on March 16, evaluates the implementation of the CoE’s Convention on Action against Trafficking.

Noting that “Georgia is primarily a country of origin and, to a lesser extent, a country of destination and transit” of human trafficking victims, GRETA reported a total of 66 victims between 2015 and 2019, as identified by the Georgian authorities.

The CoE body said Georgian authorities must “strengthen their efforts” in preventing child trafficking and pay increased attention to the link between the illegal activity and the use of information and communications technology.

According to GRETA, since its previous evaluation, amendments made to the Georgia Criminal Code “ensure proper qualification of human trafficking offenses.” Moreover, the report said the number of special mobile groups for identifying trafficking was increased from three to four, while the number of labor inspectors who have received appropriate training has also risen.

Still, the report said the number of victims identified has decreased, while also expressing concern over “the high threshold required” to be granted the relevant status. Regarding investigations into trafficking cases, according to GRETA, Georgian authorities conducted 80 probes during 2015-2018, with only 15 convictions following.

“There have been no convictions over trafficking for the purpose of labor exploitation,” it added, urging Georgia to ensure that human trafficking cases are not re-qualified as other offenses which carry lighter penalties.

Moreover, GRETA said that only three trafficking victims have received compensation via civil proceedings, and only one court judgment has resulted in the confiscation of the perpetrators’ assets. It called on the Georgia authorities to “facilitate and guarantee access to compensation for victims of trafficking.” 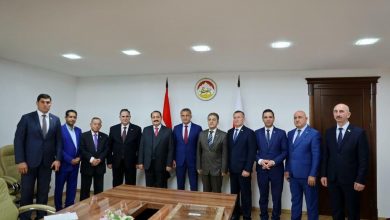