Speaker Valery Kvarchia, who initiated the relevant amendments in the civil code, said the changes envisage allowing ethnic Georgian Gali residents to take on Abkhaz last names and ethnicity. He claimed that they were forced, historically, to take on Georgian ethnicities in the first place.

Adopting the changes could fill the gap in the existing legislation, which currently only allows Abkhaz “citizens” to change their ethnic identity, Kvarchia argued.

Some 30,000 ethnic Georgians in Gali district were stripped of the Abkhaz “citizenship” in 2014 and 2017, and are deprived of their political rights, as the Kremlin-backed authorities granted them residence permits instead.

Soon afterward, in July 2017, then-head of the Gali District administration Temur Nadaraia said that the ethnic Georgians would only be granted “citizenship passports” if they would be willing to change their ethnic identity to Abkhaz.

Abkhazian Supreme Council, Tbilisi-based legislature of Abkhazia then decried the measure as “unacceptable experiments on the Georgian population” in Gali District. Dubbing the move as “a new form of discrimination against Georgians – an attempt to forcefully change their ethnicity,” Tbilisi-based Abkhazia authorities then slammed the “pseudo-historical theory” that the identity of locals was changed during the Soviet times as a “shameless lie.” 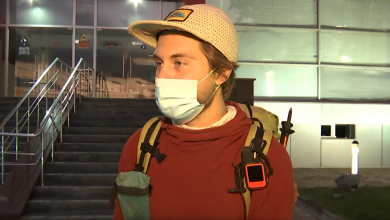