Moscow-backed leader of Tskhinvali region/South Ossetia Anatoly Bibilov said European Court’s verdict in Georgia vs. Russia Case (ii) over 2008 August War is a “politicized” and “unilateral” document, which “has little to do with true events and facts.”

In a statement of January 22, Bibilov accused the European Court of Human Rights of “putting the aggressor [Georgia] in the role of a victim,” while claiming that Strasbourg-based court prioritized the documents presented by the Georgian side, without considering the Tagliavini commission report about the Russo-Georgian War of August 2008.

Tskhinvali leader criticized “the credulity and selectivity” of the ECHR and dubbed the verdict as a product of the West’s “anti-Russian political course.”

He also slammed Tbilisi for the “state propaganda” that “imposes their lies” on European institutions.

The ECHR released its verdict on January 21, declaring that Russia was responsible, among others, for the breach of six articles of the European Convention of Human Rights, including right to life and prohibition of torture, in the aftermath of the August 2008 War.

The Court importantly also asserted that since August 12, 2008, “strong Russian presence and the South Ossetian and Abkhazian authorities’ dependency on the Russian Federation indicated that there had been continued “effective control” over South Ossetia and Abkhazia.” 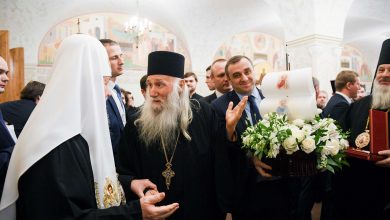 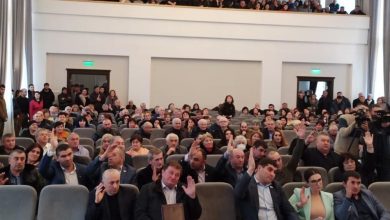