Locals in Western Georgia’s Tskaltubo and Tsageri districts continue weeks-long protests against the Namakhvani hydropower project, despite police dispersal of their highway-blocking rally on November 14 near the HPP construction site in Tskaltubo’s Zhoneti village.

The dispersal came after scores of protesters tried to block the Kutaisi-Tsageri highway intending to hinder the equipment from accessing the construction site. Protesters accused police of using force against vulnerable protesters, including women and children, at the rally and claim that they have sustained minor injuries as a result of the dispersal, while the ambulance was absent during the event.

The locals, citing devastating environmental and social impacts of the project, have been taking shifts in tents for 23 days now near the project site to prevent the HPP construction.

Following the dispersal on November 14, the movement Save Rioni Gorge, joined by 3 Georgian CSOs, including Georgian Young Lawyers’ Association (GYLA), Human Rights Education and Monitoring Center (EMC), and Green Alternative, released a statement, slamming the authorities for trying to overcome the “fair resistance of the locals” with oppressive means instead of dialogue.

The statement claimed that the company in charge of construction works has not yet presented substantial documentation and research of the HPP construction impact assessment prior to launching the “so-called preparatory works,” already significantly interfering with local natural and social habitat.

CSOs called on the government to stop resorting to oppressive means and instead launch a dialogue framework involving both, the public and experts, and to suspend the construction works prior to proper consultations with respective target groups.

The Government of Georgia awarded the Istanbul-based engineering company ENKA and Norway’s Clean Energy Group the right to develop, construct, own and operate the Namakhvani HPP Cascade in the Imereti and Lechkhumi provinces of Western Georgia in 2019.

The project encompasses two separate HPPs on the Rioni River, the longest river flowing solely within the Georgian boundaries: the Lower Namakhvani HPP (333 MW) and the Upper Namakhvani HPP (100 MW). The construction is scheduled to take place between March 1, 2020, and July 31, 2024. ENKA said it had launched the preparatory works in May 2020, working at four construction sites simultaneously.

With the “large foreign direct investment in the amount of USD 800 million, carried out by the Turkish company ENKA,” the Government hopes to enhance its energy security, claiming that almost 12% of the domestic consumption is going to be provided by local generation after the completion of the construction. Authorities have also promised to employ up to 1,600 Georgians at the peak.

The opponents of the project, however, reject the government’s optimism, arguing that risks have not been thoroughly considered. The movements behind the resistance against the HPP have launched a petition to support their cause, claiming seismic risks have not been properly studied, recalling devastating earthquakes in the region in the 1990s.

Should the HPP be damaged, the authors of the petition warn that “a 34-meter wave from the Namakhvani dam will hit Kutaisi, the second-largest city in Georgia, in 19 minutes, and the danger caused by the flood will threaten the entire Kolkheti lowlands.”

Noting that environmental decisions were made in violation of the law, without considering the position of the local population, opponents also fear that the project will further impact the unique biodiversity and cultural heritage by flooding the villages of Tskaltubo and Tsageri municipalities.

Locals are also concerned that the HPP threatens to change the local microclimate, which would affect the micro-zones cultivating the grape varieties, including the famous semi-sweet white wine of Tvishi, named after the place of its origin.

Protesters in Tskaltubo and Tsageri municipalities pledge not to disperse unless their key demand on stopping the HPP construction is met. Other demands listed in the respective petition include halting the implementation of risky projects in Georgia’s highland regions and making agreements with companies about the HPP publicly available. 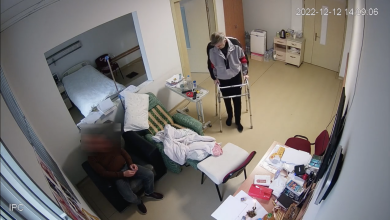