The U.S. Embassy in Georgia expressed its “disappointment” over the rushed decision to hold the Conference of Judges to select two new members of the High Council of Justice, the body overseeing the judiciary, “in the shadow of significant national elections.”

“Important decisions with long-lasting consequences such as filling High Council of Justice vacancies should be taken deliberately, with sufficient transparency and time for consultations and participation by a broad range of qualified candidates,” the statement of October 30 highlighted, and added that the process risks undermining public trust in the appointment process, the candidates, and in the Conference of Judges.

The U.S. Embassy also underscored the importance of an independent and professional judicial system in “promoting equitable growth and attracting investment by Georgian and foreign businesses.”

“It is imperative that the judiciary select experienced, professional, and independent candidates for all key positions and ensure a more deliberative and measured process in the future,” the Embassy concluded.

Earlier in the day, Georgian CSOs had also slammed the rushed decision, expressing concerns that by appointing two new members of the High Council of Justice (HCoJ), as well as selecting the Secretary, a day before the October 31 parliamentary elections, “the clan” – a handful of judges holding sway over their colleagues – aimed to endure its grip on power.

The decision to hold the conference has been voiced a week ago, when Giorgi Mikautadze, HCoJ Secretary since June 2017, resigned, citing incompatibility of his election as head of Chamber of Civil Cases of the Supreme Court on October 22 with the position. Revaz Nadaraia, another HCoJ member since 2017, also announced his resignation on the same day.

The new members of the 15-member High Council of Justice will be elected for a four-year term. 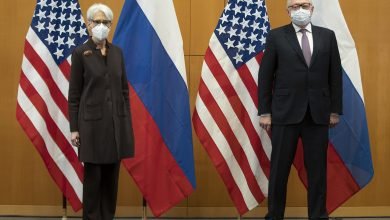