In her October 8 remarks, Russian Foreign Ministry Spokesperson Maria Zakharova dubbed the trial kicked off a day earlier in Berlin over the assassination of ethnic Kist/Chechen Georgian citizen Zelimkhan Khangoshvili, allegedly ordered by the Russian authorities, as “staged”, “politicized” and “anti-Russian provocation”.

“There is a conviction that a certain political decision has been made in Berlin regarding the verdict that will be passed by the German court on the Russian citizen V. A. Sokolov, accused of murder of Shamil Basayev’s companion and one of the leaders of terrorists in North Caucasus Zelimkhan Khangoshvili,” Russian MFA Spokeperson went on, claiming that the German court will undoubtedly blame Russian governmental structures in plotting the attack on a man “who made numerous blood enemies during his criminal career”.

“It would be naïve to count on independence and objectivity of German justice that previously granted such person [Khangoshvili] a refugee status,” Spokesperson Zakharova concluded.

The Kremlin has repeatedly denied all allegations. 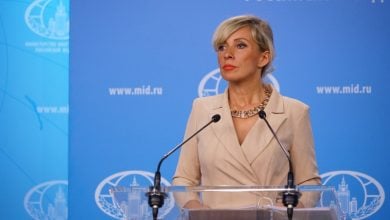 Russian MFA on Disrupted 51st Round of Geneva International Discussions 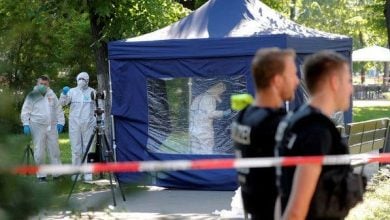