Foreign direct investment in Georgia reached USD 165.4 million in the first quarter of 2020, which is 41.7% decrease compared to the same period of last year, according to the preliminary data released by the National Statistics Office, Geostat, on June 9.

“The main reasons for decreasing the FDI included completion of a pipeline project and transferring of ownership in some companies from non-resident to a resident units,” Geostat noted. 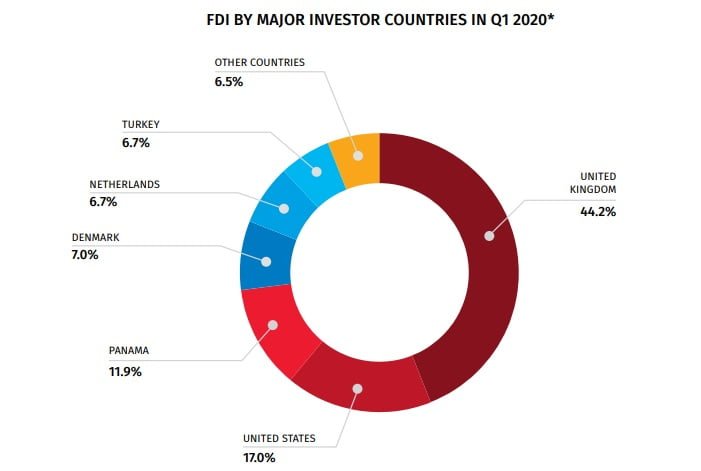