In particular, TI Georgia said that the court used “administrative detention and solid amount of fines” against the activists detained during the June 20-21 unrest in Tbilisi without relevant substantiation and evidence, “neglecting the right to a fair trial.”

“The same practice continued against the persons detained during other protests as well,” the watchdog said, adding that civil society organizations (CSOs) are “carefully watching” the demonstrations following the June protests.

According to TI Georgia, police do not even provide explanation to the detainees on their minimum rights, defined by the Administrative Offences Code of Georgia. Moreover, during the court hearings, it said, representatives of Interior Ministry are unable to provide evidence to prove lawfulness of detention.

The watchdog also noted that court decisions are mainly based on testimonies of police officers. “Even in cases when interior ministry representatives provided video materials as evidence, mainly, they showed no facts of violations committed by the detainees,” TI Georgia said.

“Taking into consideration the current economic situation in Georgia and the fact that demonstrators participating in ongoing [protest] rallies, are often students of higher educational institutions, it can be considered that court verdicts place heavy financial burden on demonstrators,” the watchdog added.

Noting that the certain instances of offense “cannot be proved by specific evidence,” TI Georgia said such sanctions might point at authorities’ desire to have a chilling effect on protest movement as a whole and to ensure that critically disposed part of population would refrain from exercising its right to assembly and manifestations in the future. 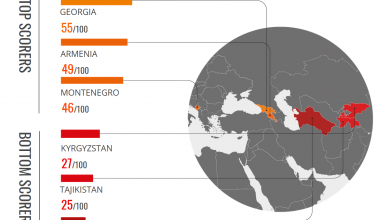