President Zurabishvili arrived to Warsaw upon the invitation of the Polish President Andrzej Duda to attend the commemorative events dedicated to the 80th anniversary of the outbreak of WWII, her Administration reported. The events brought together leaders of 40 countries.

Today, the world commemorates 80 years since the beginning of #WWII. We will always remember the millions of victims who died during the war. It’s an honor to have been invited by President @AndrzejDuda in #Warsaw to remember the victims and the tragedy of the World War. pic.twitter.com/E46zpAelKF

A moving statement by the Polish President Andrzej Duda was a centerpiece of the commemorative events on September 1, in which he remembered victims, but also spoke of the perils of aggression in Europe.

In this context, President Duda also mentioned the situation in Georgia and Ukraine as well: “the borders are still being pushed, the occupation, prisoners of war, military provocations.”

“We have to be determined. We cannot allow armed aggression to continue, because it is our responsibility to our societies and to the societies of Europe and the world. May the drama of World War II, which was experienced by the whole world, never be repeated,” he stated.

Bulgarian President’s press office reported after Sunday’s meeting that “Bulgaria and Georgia share a common ambition to increase the connectivity in the Black Sea region, which would promote trade, mutual investments and tourism.”

It said, the two leaders spoke about  increasing their countries’ trade turnover, which now reaches USD 600 million annually, but with the development of the transport, energy and digital corridors has the potential to reaching USD 1 billion in the coming years. They also expressed their willingness to launch direct flights.

President Radev shared his country’s support to Georgia’s sovereignty and territorial integrity, as well as its European and Euro-Atlantic aspirations. He also said that Bulgaria “will continue to assist the efforts within the multilateral negotiations to strengthen the stability in the Caucasus region.

In #Warsaw exchanged thoughts w/ my Georgian ?? colleague President @Zourabichvili_S . We had a phonecall couple of weeks ago to discuss situation on the Line of Evil, now got the freshest info about that. We stand strong together with our Georgian brothers&sisters. #EstGeo pic.twitter.com/tKu31SeMz6

Following the meeting with Zurabishvili, the Estonian President wrote on her Twitter that she received “the freshest info” about the situation “on the Line of Evil,” referring to the occupation line. “We stand strong together with our Georgian brothers and sisters,” she tweeted.

According to Kaljulaid, the two presidents spoke about the EU noting particular, the “need for continued support for the neighbourhood policy and perspectives of enlargement.” She also said to have encouraged President Zurabishvili also to continue reforms.

Reporting on the meeting between Zelensky and Zurabishvili, Ukrainian President’s press office said the two discussed trade and economic cooperation and coordination in the framework of the European institutions. They also paid particular attention to the issues of security and defense as well as agreed to make a top-level mutual visits in the near future.

At the meeting with the President-elect of the European Council, Charles Michel who serves as the Prime Minister of Belgium, Zurabishvili said the two leaders spoke of bilateral economic ties, about Belgium’s support for Georgia’s Euro-Atlantic path and its territorial integrity.

As part of her visit to Poland, President Zurabishvili also met the Swedish Parliament Speaker Andreas Norlén and Slovak President Zuzana Čaputová. She also opened an exhibition “50 Women from Georgia” in Warsaw. Before Warsaw, the Georgian President was visiting Paris on August 27-30. 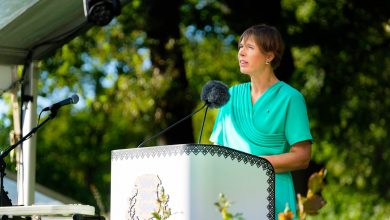 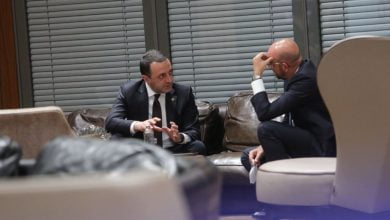 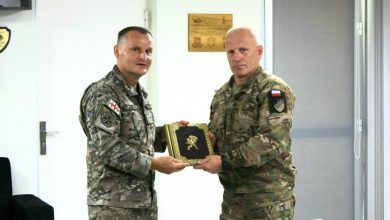 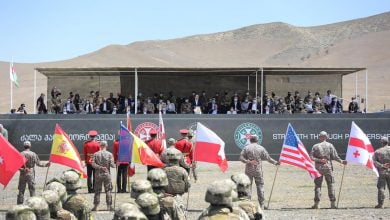