Georgian Finance Minister Ivane Machavariani said on August 14 that he is ready to offer preferential terms to three main TV companies – Imedi, Rustavi 2 and Maestro to help them pay off tax liabilities accumulated over years.

Machavariani offered the TV channels a two-week term to submit their proposals on using preferential terms, saying that the Revenue Service and the Finance Ministry will discuss all these proposals. He explained that TV companies’ debts will be restructured once they pay off their current debts and do not accumulate more debts.

The Finance Minister said that “the malpractice” established under the previous government, when the debts of televisions were written off, should be ended.

“We all know the political context; we know that it is important that media outlets function and exist, but though media is a politically sensitive sector, it also is a business sector, which does not differ from others,” Machavariani said, adding that while small televisions are paying taxes duly, it would not be fair to write off the debts of large TV channels.

Commenting on the issue of planned sale of Rustavi 2 TV, the Finance Minister said that “all existing or potential buyers should understand that this malpractice of writing off the debts should be changed.”

He also pledged that when discussing the issue of televisions’ debts, the Finance Ministry and the Revenue Service will be “as much constructive as possible.”

The issue of TV companies’ tax liabilities emerged after Kibar Khalvashi, owner of Rustavi 2 TV, announced on August 12 that he plans to sell the TV channel. He said that Rustavi 2 TV’s debt to various organizations amounted to GEL 70 million and that “the TV company is on the verge of disaster.”

One Arrested for Attacking Rustavi 2 Cameraman 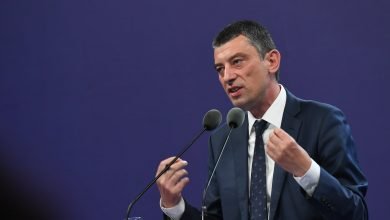 Imedi TV Lashes Out at Gakharia

Namakhvani Protests Targeted in Discrediting Campaign ahead of Major Rally

Court Orders to Freeze All Assets of Rustavi 2 TV