The Parliament of Georgia lifted immunity from MP Melia at yesterday’s plenary session. The decision followed the Prosecutors Office’s request of June 25, charging him for inciting and heading mass violence on the night of 20-21 June on Rustaveli Avenue. 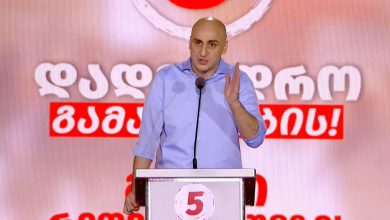