In a surprising development, Anaklia Development Consortium sent out an alert notice late on May 29, saying the project was endangered by the government’s decision to grant a deep-sea port development license at Poti port to another consortium.

The news followed encouraging reports on May 21, that an agreement has almost been reached between the Government of Georgia, the Anaklia Development Consortium and four international financial institutions, regarding the future of the Anaklia.

While the crisis seems to have been dealt through intervention of the Minister of Economy, an incident raises fresh questions about the embattled project’s future.

The Anaklia Development Consortium posted on its Facebook page late on May 29 that according to media reports, the Ministry of Economy and Sustainable Development of Georgia issued a permit to APM Terminals subsidiary, Poti Sea Port Corporation to build a new, deep sea, multi-functional port in Poti.

The Consortium said this information was “shocking” to them, as well as their partners and investors, since no mention of such prospect was raised by the government during the negotiations on May 21.

Mamuka Khazaradze, representative of the Consortium and TBC Bank’s founder, also commented on the issue through his Facebook post: “Anaklia project is on the verge of being suspended.”

Economy Minister Natia Turnava convened a briefing early on May 30, explaining today that the document the Anaklia Development Consortium referred to was not a construction permit, but a document on land use conditions issued by Head of Technical and Construction Supervision Agency, Grigol Kakauridze, without prior agreement with the government.

“As it turns out, some procedural violations also took place – the permit does not include formal consent of land owner, the state (Property Management Agency). So, we decided to annul this document and dismiss the Head of the Agency,” she noted.

Turnava also sttressed, that the Anaklia deep sea port is of strategic importance for the country and this project enjoys “an unprecedented support” from the state.

“I call on the Consortium not to search for various pretexts, but to focus on fulfilling its commitments in order to launch the construction of this very important port in Anaklia in due time,” she added pointedly.

The Economy Ministry’s statement promtly followed by response from Levan Akhvlediani, the Consortium’s Director General, who said the fact that the permit, issued on May 2, remained a mystery until now, “confirms that there are certain forces inside and outside the country, who are doing their utmost to hinder Anaklia port project.”

He also noted that the incident worries international partners. “Now, the government should do its best to restore this trust and return to the format of constructive negotiations,” Akhvlediani said.

He also cast doubts at the Economy Minister’s version of the story, saying it it is highly unlikely that one Agency head acted without superiors’ consent on such an important matter. While ruling out that the whole government was conspiring against the project, he said “there are concrete forces [including within the government], who did it deliberately to want to hinder the Anaklia port project”.

The Government of Georgia, the Anaklia Development Consortium and four international financial institutions convened a meeting on May 21 to negotiate the funding agreement for the Anaklia deep sea port project, a USD 2.5 billion investment project on the Black Sea coast in western Georgia. The participants said after the meeting that seven out of eight investor requirements have been agreed. The sides agreed to continue talks on the last point – on the issue of cargo transportation insurance, which would require the authorities to cover the debt accumulated by the port operator in case of insufficient freight turnover.

The Anaklia Development Consortium (ADC) is a joint venture of TBC Holding and U.S.-based Conti International. It was awarded the contract to build and operate the deep sea port in 2016; marine engineering works commenced in December 2017 and the first phase of construction ended last autumn.

Developments around TBC Bank, including money-laundering allegations against its founder, Mamuka Khazaradze, earlier this year have brought into question the fate of the Anaklia Deep Sea Port project. Although the government officials have said the project would not be imperiled, the Anaklia Development Consortium claimed lack of clarity around TBC would impede finalizing of the pending agreements on funding with foreign lenders. 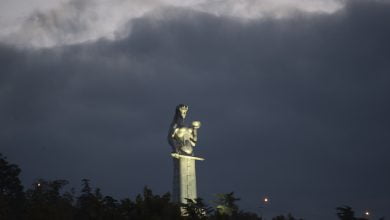 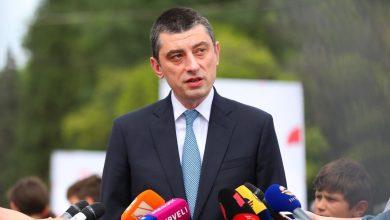