Georgian Dream leader Bidzina Ivanishvili made rare public appearances on March 29-30 in the western Georgian region of Samegrelo, in what many observers saw as an attempt to cajole the voters ahead of the upcoming mayoral by-elections in Zugdidi, the regional capital.

On March 29, Ivanishvili visited Dzveli Khibula, a village in Khobi Municipality where the first President of Georgia, Zviad Gamsakhurdia died in still unclear circumstances on December 31, 1993. The GD leader was accompanied by municipality officials and representatives of his charity foundation, Cartu.

Meeting with local residents in the house Gamsakhurdia spent his last days in hiding, Ivanishvili said he will fund the construction of a museum  honoring the life of the late President, as well as a park and a church in the nearby area.

He also pledged to build a new kindergarten, fund the roadworks in the village, and provide gas and water supply to households. “If the budget cannot afford this, I will do it myself… you can consider that this will be done by Zviad [Gamsakhurdia] himself, as you are the ones who gave him  shelter,” Ivanishvili told the local residents.

On March 30, Ivanishvili traveled to Zugdidi, where he visited an unfinished Orthodox cathedral. Speaking to a local Bishop, Gerasime of Zugdidi and Tsaishi, the GD leader said he will spend “GEL 1 million and more” for completing the construction.

Zviad Gamsakhurdia was ousted in January, 1992, less than eight months from his landslide election as the first President of Georgia. Gamsakhurdia initially fled to Armenia and then to Chechnya, which at that time was ran by rebel leader Dzhokhar Dudayev. In 1993, he returned to Georgia, but his attempt to regain power failed and the President was forced to seek refuge in the remote areas of Samegrelo, his traditional support base. He died on December 31, 1993, in circumstances, which still remain a source of controversy. According to the official investigation, carried out in 1990s, Gamsakhurdia committed suicide, but the version has been disputed by his family and supporters, who claim the President was murdered.

Gamsakhurdia was buried in the Chechen capital, Grozny, but his remains were returned to Georgia in 2007, under ex-President Mikheil Saakashvili.

Murtaz Zodelava, head of the United National Movement’s office in Samegrelo, said Ivanishvili’s visit to the region was an attempt to “deceive” the local residents.

“Everyone, including Ivanishvili in the first place, knows that he has no support in Samegrelo. This exactly is why he started his swindles ahead of the elections, but I would like to inform him that Zugdidi is a city of different kind – it cannot be deceived and it cannot be bought,” he said.

“Everyone understands [his intentions] very well; this is not his first attempt at winning the hearts of the voters; he has been doing this for the last seven years, but the people have seen no results from it and this will be the case now as well,” said Sandra Roelofs, wife of ex-President Saakashvili and UNM’s mayoral candidate in Zugdidi.

Interior Minister Giorgi Gakharia denied the accusations, saying Ivanishvili visited the region in his individual capacity, and not for elections. “This was a private visit of a man who respects Samegrelo, who is and will continue doing a lot for the benefit of the region,” he noted.

Tbilisi Mayor Kakha Kaladze echoed Giorgi Gakharia’s points, saying Ivanishvili’s visit was not related to the mayoral by-elections in Zugdidi. “He always did and he will continue doing good deeds and I do not think it is correct to link [his charity work] to elections,” Kaladze said. 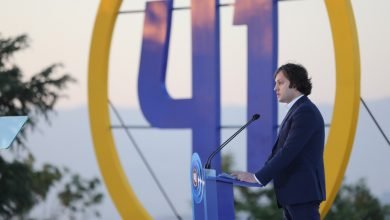