To reflect on the 10 year anniversary of the Russo-Georgian war, we have asked Georgia-watchers:

Ten years after the war, what would you say was its impact on Georgia’s trajectory?

It’s difficult to disentangle the impact of the war on Georgia’s political and economic trajectory because so many other factors have had an influence as well.

Other headwinds slowed Georgia’s economy for many years, such as the decline in energy prices and devaluation of all the currencies in the region, so that Georgia’s economy seems to have resumed strong growth only in the past couple of years. I think this has been due to Georgia’s increasing attraction to tourists, as well as to the stable economic and political policy pursued by the last Prime Minister, Mr. Kvirikashvili.

On the political side, the war did major damage to [then President] Saakashvili’s reputation in Georgia and globally, and to the UNM party. If anything, the fact that Georgia has continued to work doggedly towards NATO and EU integration despite the war and despite the constant provocations from Russia, I think has impressed European leaders and allowed the country to recover some of its reputation as a reliable partner.

The loss of more territory and creation of some 35,000 more homeless Georgians, on top of the 250,000 or so from the separatist wars of the early 1990s, is a tragedy that I feel nearly every day. In my view, the Saakashvili government’s mishandling of that crisis was unforgivable, although the fact that Georgia fought for its territory, paid a price for it, and has handled itself with perseverance and restraint in international affairs since then has been a net plus for the country.

Amid the undeniable tragedy of the 2008 war, one of the interesting consequences of Russia’s actions was the way it seemed to guarantee a certain floor of Western involvement and engagement with Georgia.

While much has been written and discussed — correctly, in my opinion — about how the specter of Russian aggression actively undermined Euro-Atlantic expansion and, with it, the broader possibilities of Western engagement, it also may be true that the brazenness and ferocity of the Russian invasion and occupation (and its aggressive actions in the broader region) made it all the harder for the West to leave the region to its own devices.

To be sure, there are worrying signals coming from the U.S. administration in this regard, and the EU is faced with extended internal disagreements over Russia, but Georgia continues to be a beneficiary of a reasonably high level of Western attentions and outreach, reflected in no small part in this year’s Noble Partner exercises.

Of course, this is at best a silver lining to the 2008 war’s legacy. Nothing can compensate for the human and material toll the war wreaked on Georgia, but it does show the way Russia’s strategic intentions were left incomplete in spite of its military victory.

Georgia is not a broken and quiescent vassal state, but a dynamic and increasingly successful island of relative prosperity and democracy.

Today’s Georgia is certainly warier of the Russian threat, but it is also in important respects more militarily and societally resilient, geopolitically savvy, and even more an active, integrated part of the Euro-Atlantic community than it was in August 2008.

And the U.S. and EU — though internally fixated, with varying threat perceptions, and absent many of the motivating elements that elevated Georgia’s renown in Western capitals in the early 2000s — continue to demonstrate an impressive durability of commitment to the region.

Preventing Georgia integrating with the west in general and NATO specifically was one of Russia’s primary war aims. Thus, when it comes to how the war affected Georgia’s trajectory, the most cogent thing to say is that ten years on and we are no closer to joining NATO.

We’ve had military exercises, more conferences and visits than anyone can remember, something called a ‘substantial package’ and some rumors about being bounced in to the alliance without a Membership Action Plan.

Nevertheless, the still unresolved conflicts in the occupied territories, an increasingly disruptive Russia deploying the lessons it learnt in Georgia ten years ago, and an American leadership at least temporarily skeptical of NATO mean it is unlikely that Georgia will be a member of the alliance when it comes for the war’s 20th anniversary.

But in spite of this lack of progress, Georgia still remains committed to its goal of joining the alliance, a goal that enjoys the support of the overwhelming majority of the population. More significantly: NATO may be permanently on hold, the years since the war have seen a huge upgrade in Georgia’s relations with the EU.

Shortly after the war the Eastern Partnership, with its principle of ‘More for More’—more integration in exchange for more domestic reform—was launched. In 2011 negotiations began over an Association Agreement, which will bring Georgian law in harmony with that of the EU. That Agreement was signed in 2013.

In 2015, Georgia finally reaped the first tangible benefits of EU integration, and achieved visa-free travel to Schengen zone countries—something almost unimaginable in 2008. It’s noteworthy that Russia’s next war, that against Ukraine from 2014, was launched to prevent that country’s further integration with the EU.

So even if Russia succeeded in doing what it set out to do in 2008, to indefinitely postpone Georgian NATO membership, it failed to alter the fundamental trajectory Georgia has set itself on: that of becoming a fully fledged member of the European family of nations. 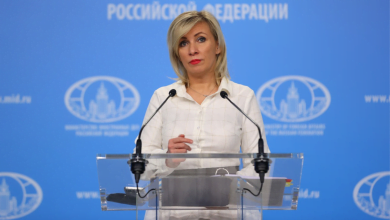