“Regretfully, trust in the prosecutor’s office has been significantly damaged by recent developments in the country, which poses a serious challenge to Georgia’s nascent democracy,” the activists wrote in their statement, adding that chief prosecutor’s selection under the current “faulty” rules, would further reduce public confidence in the institution.

The civil society activists also stressed that current procedures enable the ruling party to select the new chief prosecutor “unilaterally, without taking into account opinions of the opposition and the public.” They also argue the number of prosecutors in the Prosecutorial Council risks turning the institution into a “corporate, clan-based system.”

The organizations then noted that since the new Constitution of Georgia, which is to come to force upon new president’s inauguration later this year, makes the Prosecutor’s Office an independent body directly accountable to the Parliament, selecting the chief prosecutor now, for a term of six years, would further “further exacerbate” the existing problems.

The activists believe that the solution lies in “complete de-politicization” of the Prosecutorial Council, including through removing from its ranks MPs and Justice Minister, who currently presides over the Council. They also think the Government should not be taking part in the selection procedures and that the number of prosecutors in the Prosecutorial Council should be reduced from eight to five, effectively stripping them of the right to veto its decisions.

Eight members in the 15-member Prosecutorial Council are appointed by the Conference of Prosecutors. Two members are elected among lawmakers; one from the majority group and another from the opposition. The Parliament elects two more members, who have to be legal experts and be selected through competition. The remaining two are common court judges and are appointed by the High Council of Justice, the body overseeing the judiciary. The Council is chaired by the Justice Minister, who’s also a member.

The Ministry of Justice launched public consultations on selecting the new chief prosecutor on June 4, a week after Irakli Shotadze’s resignation following mass demonstration at his office over the controversial Khorava street incident last December. The CSOs boycotted the process, calling for suspending the process pending reforms in the appointment procedures.

A total of 21 candidates were nominated for the position, but the list was reduced to 18 as three candidates decided to withdraw from the race. The Ministry shortlisted three out of 18 candidates and submitted the list to the Prosecutorial Council, which will now have to present a single candidate to the Government of Georgia.

If ministers approve the submission, the candidate will be presented to the Parliament, which will have to confirm the new chief prosecutor with a majority vote. 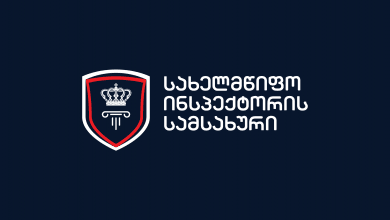 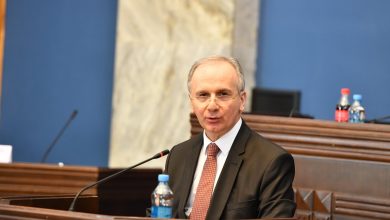