Georgia’s Chief Prosecutor Irakli Shotadze announced yesterday that the Georgian side is still expecting an answer on its request to interview Azerbaijani journalist Afgan Mukhtarli, who went missing from Tbilisi a year ago on May 29, and appeared in a detention facility in Baku a day later.

Irakli Shotadze underscored that the Georgian side had also requested the case-related materials from Azerbaijani authorities, including the court ruling into charges of illegal border crossing, smuggling money and police disobedience.

The Chief Prosecutor also noted that in the course of the investigation in Georgia, hundreds of witnesses were interviewed, and various CCTV video recordings were retrieved and examined, including from cameras where Mukhtarli was reportedly kidnapped from, but “no evidence could have been obtained” to be able to “inform the public of what [really] happened.”

The Chief Prosecutor also spoke on the case of Temirlan Machalikashvili, who was shot during the State Security Service (SSG) operation on December 26 last year and succumbed to his injuries two weeks later. Shotadze said “intensive” investigation was underway into allegations of abuse of authority by SSG operatives, and added that the Prosecutor’s Office would inform the public of its results as soon as the investigation was complete. 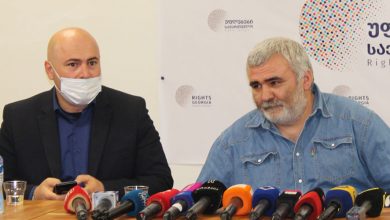