The leaders were addressing the NATO-Georgia Public Diplomacy Forum in Tbilisi today. They also spoke about shared values with the alliance, and highlighted the threat of ongoing anti-western propaganda.

Below are the key quotes from Georgia’s political leaders: 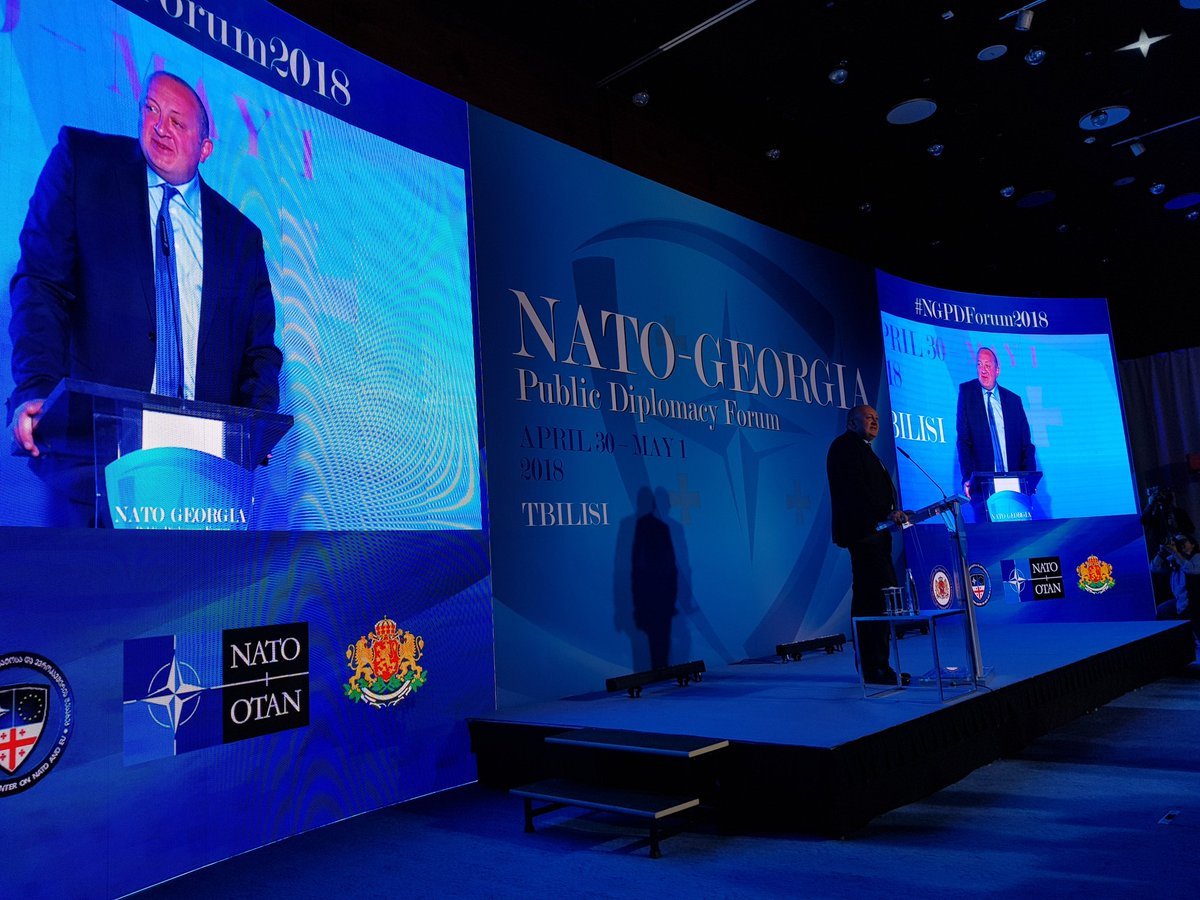 President Giorgi Margvelashvili noted, that Georgia shares with the NATO-member states commitment human rights, democracy, and open society. He opposed it to Russia’s policy, aimed at launching “the new phase of Cold War.”

“We hope that Georgia’s progress, Georgia’s devotion, the firm choice we have made will be relevantly and adequately reflected at the upcoming [NATO] summit,” Giorgi Margvelashvili stated, underlining that today’s forum is a strong response to the “propagandistic war” that is also underway in Georgia “against our alliances, against our foreign policy choice, [and] against our values.” 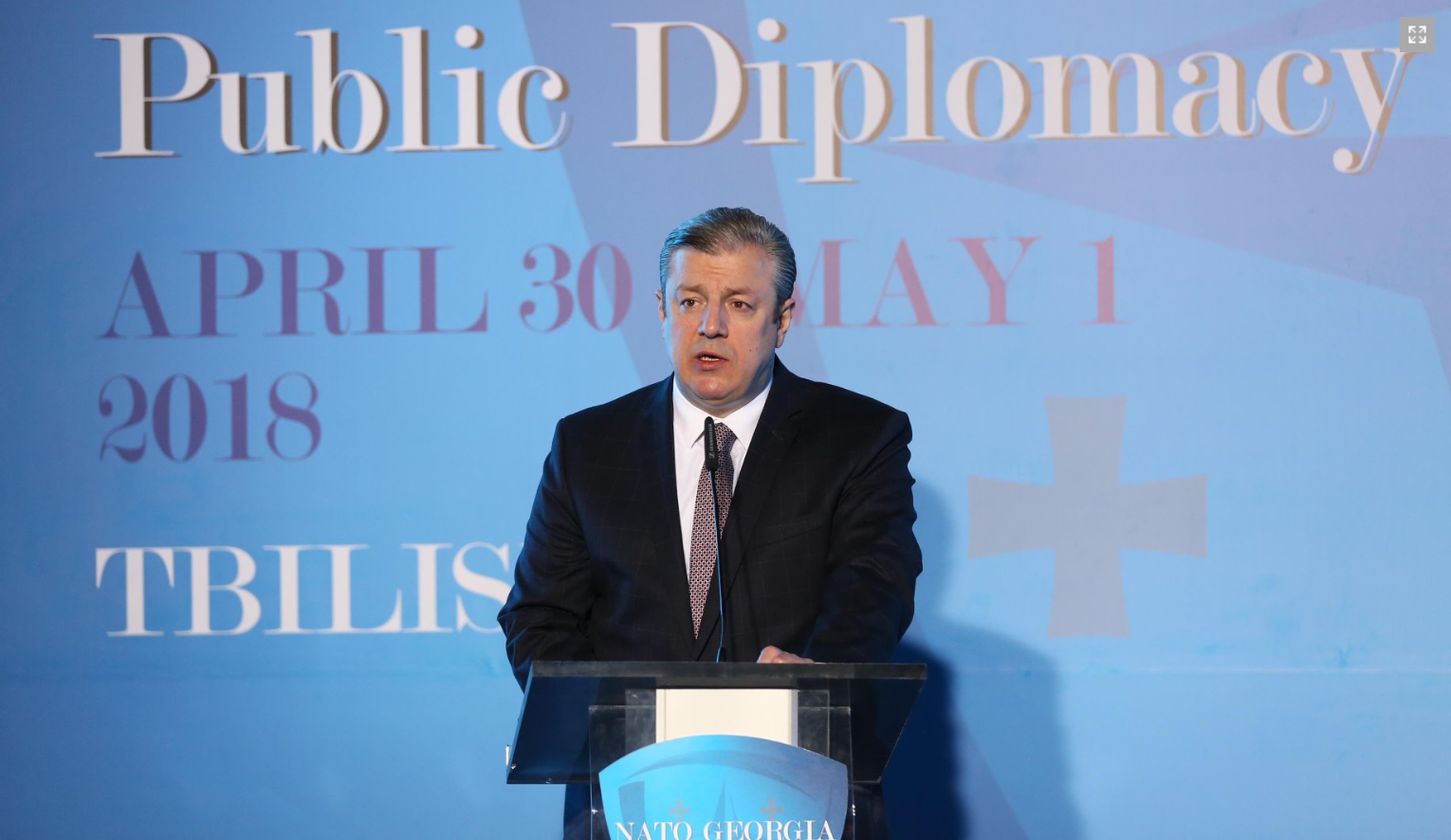 Prime Minister Giorgi Kvirikashvili underlined that NATO membership is Georgia’s top foreign and security policy priority. He said, on the practical and political level, NATO and Georgia relations “have never been so dynamic” as it was in the previous year, and that Georgia has proven to be “a valuable and reliable partner” of the alliance.

“Our expectation is that at the Brussels Summit in July, the partners will duly assess and reflect Georgia’s progress in terms of democratic development, as well as the NATO integration in the context of the open door policy, and the decisions [that] will be made will further strengthen practical cooperation between NATO and Georgia,” PM Kvirikashvili said.

He further underscored that the closer Georgia approaches NATO, the more anti-western propaganda increases in the country, this is why, he said, the “right and timely” response is important. 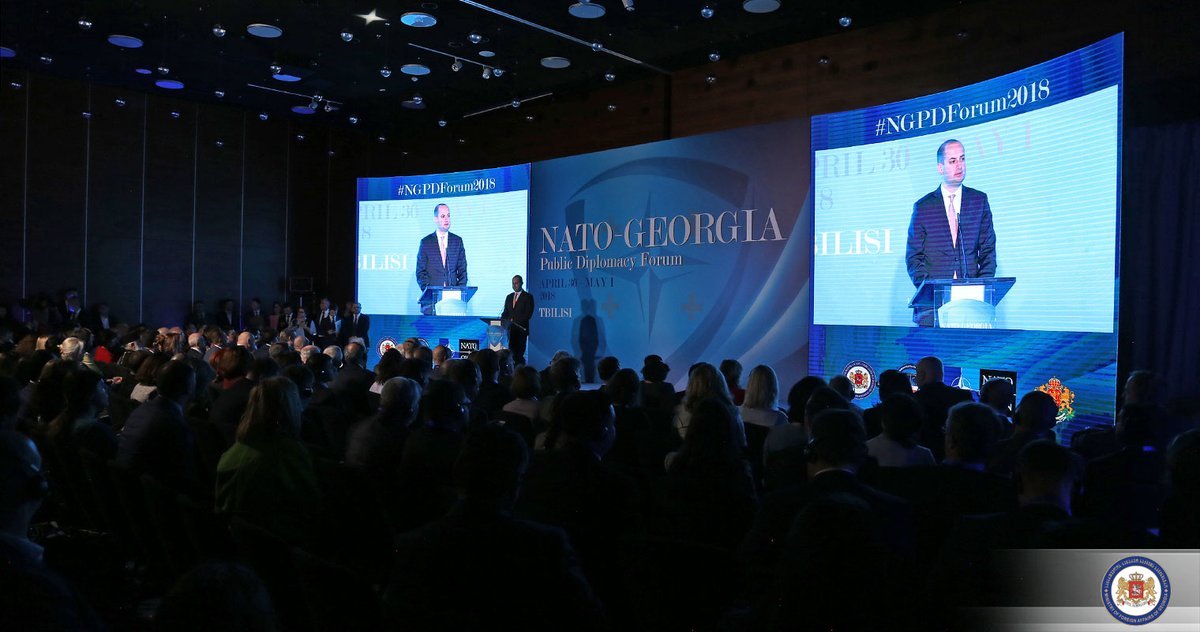 Foreign Minister Mikheil Janelidze also underscored the progress that Georgia made towards NATO in recent years saying the NATO and EU membership were the “informed choice” of the Georgian population, reflected in the constitution.

“Georgia, despite its small size, is not a passive recipient of the European and the world security. For many years now, Georgian servicemen have been participating in the NATO, EU or other operations and missions, and receive unique military experience,” the Georgian Foreign Minister said, noting importance of this contribution for raising Georgia’s defense capability and ensuring security for sustainable development. 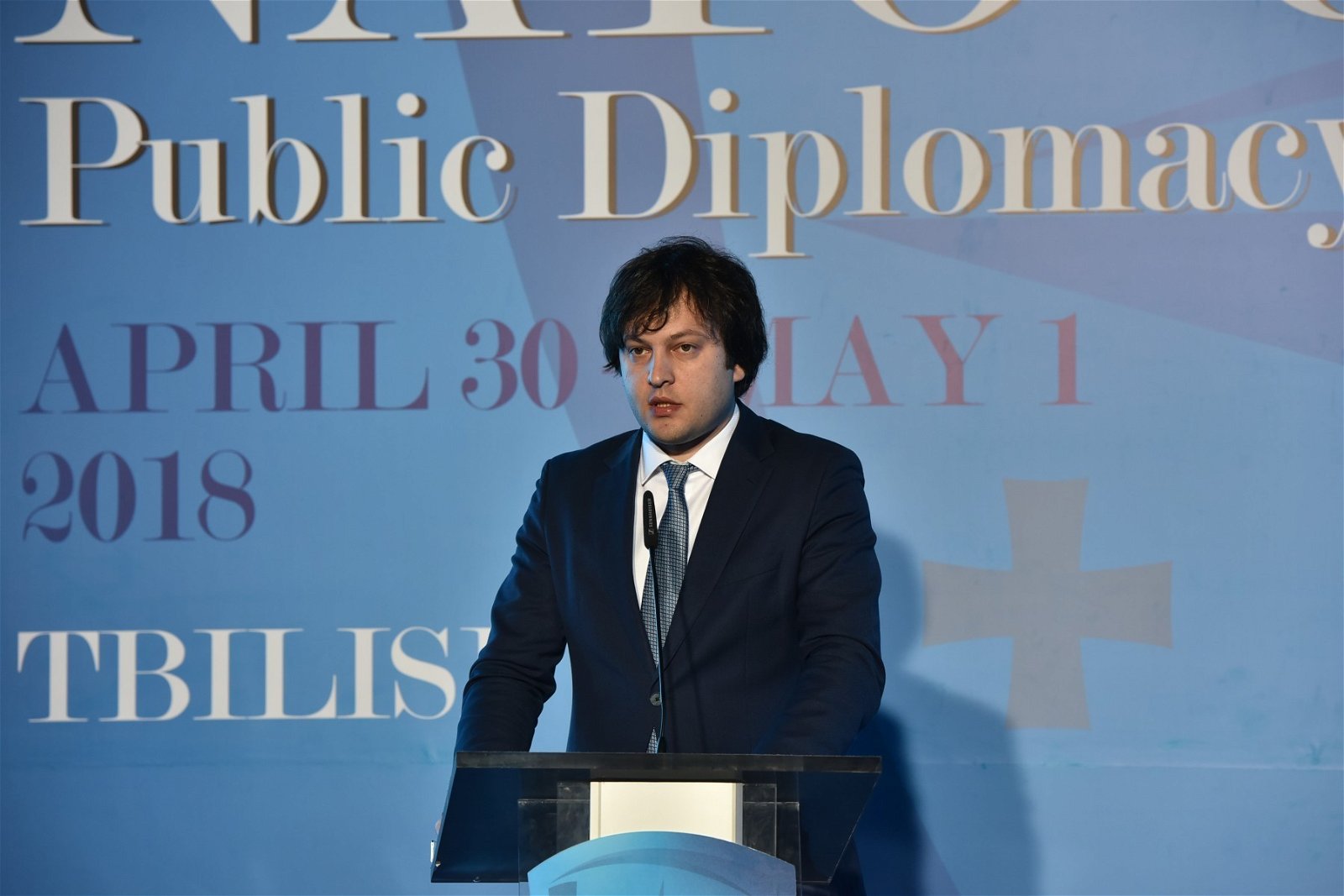 Parliament Chairman Irakli Kobakhidze said in his address that the Georgian parliament has been actively supporting Georgia’s European and Euro-Atlantic aspirations through its legislative amendments, including the foreign policy resolution adopted in 2016, which “clearly reflects our country’s foreign policy priorities.”

Kobakhidze said, 10 years after the Bucharest Summit, where the NATO member states agreed on that Georgia would become the member of the alliance, Georgia is “more protected, prepared, and less vulnerable.”

Stressing that any delay on the path to the NATO membership can “damage the Euro-Atlantic integration process,” Parliament Chairman hoped the upcoming NATO summit in Brussels would deliver “sharp political messages” in support of Georgia, which would also be reflected in the summit declaration.

“NATO’s strategy towards Georgia should be proved through its proactive actions. To achieve this, it is necessary to acknowledge Georgia’s important role in the post-Cold War European security,” Kobakhidze said in his address to the participants of the NATO-Georgia Public Diplomacy Forum, which is held in framework of the annual NATO Days.

Stoltenberg: Coop. with Georgia ‘Even More Important’ with Ukraine War

Stoltenberg: Coop. with Georgia ‘Even More Important’ with Ukraine War