The following candidates have been shortlisted by the commission:

Three out of five candidates will be chosen for nomination by the Government of Georgia and will be presented to an international panel of Council of Europe experts, which offers nominating governments confidential advice on potential candidates before the final list of three is sent to the Assembly.

Ana Natsvlishvili, who sat at the 13-member selection commission on behalf the Coalition for Independent and Transparent Judiciary, said that the “process was not explicitly negative, but as its results demonstrated, the impartiality of the selection is under serious question: those candidates, whose qualification and integrity, in my opinion and of many others, deserved higher scores, failed to be selected.”

Ucha Nanuashvili, who also sat at the selection commission, questioned the commission’s impartiality as well. “Regretfully, some candidates, who, in my opinion, did not deserve top evaluations, made it into the shortlist, which puts the objectivity of some commission members under question.”

Concerns have been voiced by political party representatives as well.

“That today, non-governmental organizations and independent legal experts are already questioning the selection criteria for these five candidates, speaks to the fact that such questions might emerge in Strasbourg as well. There, their professionalism, including their language skills, will be assessed and if their credentials are insufficient, it will definitely show up in Strasbourg,” MP Zurab Chiaberashvili of the Movement for Liberty – European Georgia said.

“The Georgian Dream and [Bidzina] Ivanishvili (former Prime Minister) want to select a judge, who will fulfill their will and with that, they are trying to somehow influence the decisions of the Strasbourg Court,” Akaki Minashvili of the United National Movement stated.

Justice Minister Tea Tsulukiani, who chaired the selection commission, dismissed the accusations, saying that the selection process was “absolutely transparent.”

Mamuka Mdinaradze, chairman of the Georgian Dream faction, said on May 29 that the selection procedures were so “transparent and democratic” that Georgia-nominated candidates “will have no problems” to be approved by the Council of Europe Parliamentary Assembly.

The application process was launched on February 21, at the request of the Committee on the Election of Judges to the European Court of Human Rights, a special committee of the Council of Europe’s Parliamentary Assembly, which rejected the three Georgia-nominated candidates to ECHR on January 24, citing lack of qualifications.

Once the Assembly receives the list of the three nominees (by August 31 at the latest), the Committee on the Election of Judges to the European Court of Human Rights will interview each of the three candidates in person and will scrutinize their CVs, in a standardized format, before recommending whether or not to accept the list – in other words, whether it believes all three candidates are sufficiently well qualified to do the job. If so, it will indicate which candidates it believes are the strongest. If not, states are asked to submit a new list.

The Assembly – made up of 324 parliamentarians – then proceeds to vote on the candidates in a secret ballot, held during plenary sessions, based on the committee recommendations. An absolute majority of votes cast is required in the first round. If this is not achieved, a second round is held and the candidate with the most votes is duly elected to serve on the Court for a non-renewable term of nine years.

The Strasbourg-based European Court of Human Rights rules on individual or state applications alleging violations of the civil and political rights set out in the European Convention on Human Rights. 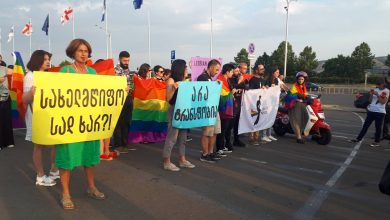