In a press briefing following the Government’s EU integration commission meeting, FM Darchiashvili also noted that the authorities will continue consulting with foreign partners to learn their experience in filling out the document.

The Government’s decision comes as the opposition and the civil society organizations have demanded for the authorities to make the document publicly available.

Eight opposition MPs from various parties issued an appeal on April 14 to EU Commissioner for Neighborhood and Enlargement, Oliver Varhelyi to facilitate the transparency over Georgia’s process of completing the EU questionnaire.

22 CSOs made a similar appeal to the Commissioner on April 12, stressing “the EU integration process should be transparent and inclusive.”

Commissioner Várhelyi handed over the membership questionnaire to Georgia’s Foreign Minister Ilia Darchiashvili in Luxembourg on April 11. Georgia now has a month to fill out a lengthy document.

The decision on granting Georgia an EU membership candidate status will be made during the Council of the EU meeting this June, as per the Georgian Foreign Ministry.

Georgia followed the suit of Russia-invaded Ukraine to fast-track its EU application on March 3. Later that day Moldova also appealed for membership. 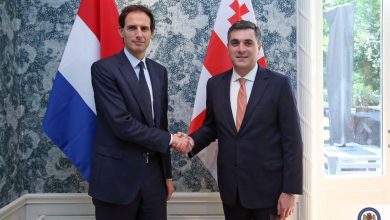 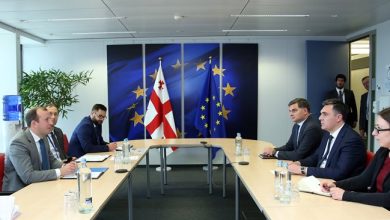