Explaining the reasons for dismissal, the Ministry said in its March 14 statement that the audit found various financial and administrative flaws in the agency, including misspending and alleged nepotism.

It said the findings of the inspection, performed by the Ministry’s internal audit department, have been sent to the Prosecutor’s Office of Georgia “for further response.”

Deputy Culture Minister Karlo Sikharulidze will be leading the film center in the “transitional period” until the selection of a new head.

The decision drew criticism from representatives of the culture field and civil society, who see the dismissal as a continuation of “cleansing” carried out by hardliner Minister Tea Tsulukiani, a former long-serving Justice Minister who assumed the current posting in March 2021.

For months, critics and sacked employees have accused Ms. Tsulukiani of arbitrary dismissals of outspoken persons, of attempts to censor and impose Soviet-style rule over culture.

A letter signed by hundreds of film industry workers and other artists described the premature dismissal of Chkheidze, whose tenure was to expire in April this year, as “unclear” and “unfounded.”

“Appointment of the Deputy Minister as an acting director makes us think that the Ministry seeks to subjugate, control, and systemically crash an independent institution, to censor our projects, films, and ideas,” the letter reads.

Underscoring the important role the film center has played in Georgian filmmaking for years, the letter expressed distrust towards audit findings.

Chkheidze, who has led the National Film Center since 2019, also questioned the findings, citing the misleading information the document contained despite clarifications on part of the Film Center during the audit process.

“There have been several attempts of gross interference [from the Culture Ministry],” Chkeidze told RFE/RL shortly after his dismissal. In a lengthy March 17 letter, he also gave some examples of alleged meddling.

“The Minister demanded each of my TV appearances as a Film Center Director to be agreed with her and then blocked my TV visits multiple times.”

The ex-Director further recalled the Ministry requesting a preferential treatment for a certain contestant in a funding competition held by the Film Center and accused Tsulukiani and her office of attempts to “obstruct” the agency’s functioning.

According to Chkheidze, the Ministry regularly ignored official letters or information requests from the Film Center and turned a deaf ear to repeated pleas from cinematographers to increase the support for the agency.

“Instead of assistance, support, and cooperation, the Minister made every effort to diminish the role and function of the National Film Center,” his letter reads.

But aside from months-long troubled relations, Chkheidze also suspects his recent statements and initiatives to express support for Ukraine amid Russian aggression may have accelerated the Ministry’s decision to sack him.

The dismissal comes amid continuous criticism towards the Georgian authorities over what is seen as an overly cautious stance in responding to the Russian invasion of Ukraine.

Should Minister Tsulukiani refuse to reverse the dismissal order, Chkheidze considers challenging her decision in court.

‘This Is Not Culture’

Various organizations working in the film industry have shown support for the former Director.

The Sakdok Film, a documentary film production company, said the dismissal statement was aimed at discrediting the Film Center, “an accomplished institution,” and its director.

“This is not a culture policy. This is not culture. This is a punitive operation against various cultural institutions,” said Salome Jashi, award-winning Georgian documentary filmmaker and Sakdok Film co-founder in an interview with RFE/RL.

“I heard from multiple sources that the Culture Minister was quite upset about my film Taming the Garden. She was upset that the GNFC funded it and announced its success,” Jashi argued elsewhere.

“She [Tsulukiani] was upset, that the film does not picture its main shadow protagonist and actually her shadow leader Bidzina Ivanishvili in a positive light.”

Note: the article was updated on March 18 to add Chkheidze’s comments. 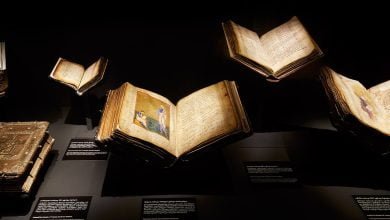 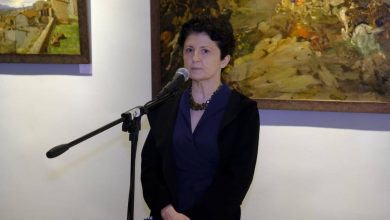