The group of medical experts convened by the Public Defender of Georgia to monitor the health and treatment of jailed Mikheil Saakashvili said in their assessment yesterday the ex-President’s psychotherapeutic and physical rehabilitation remains a “substantial problem.”

The findings highlighted that after vital risks were eliminated with refeeding following the ex-President’s 50-day-long hunger strike, no further significant improvement or deterioration could be observed in Saakashvili’s condition in their past three monitoring visits, last on January 11.

According to the assessment, the group’s recommendation on November 25 to treat Saakashvili through psychotherapy for depression and PTSD has gone unaddressed. As for the pharmacological treatment the ex-President receives, the experts said it is “more or less satisfactory.”

Public Defender Nino Lomjaria set up the team of experts on November 16, when hunger-striking Saakashvili was undergoing treatment in Gldani prison hospital, about a week after his forced transfer from Rustavi prison. After the group stated on November 17 it was critical to treat the ex-President at a multi-profile clinic instead, the European Court of Human Rights issued an interim measure tasking the Georgian Government to abide by the assessment.

The authorities subsequently transferred Saakashvili to the Gori military hospital on November 19, and the ex-President stopped the hunger strike he had launched after being arrested on October 1. Saakashvili was taken back to the Rustavi prison on December 30, after being discharged by the clinic. 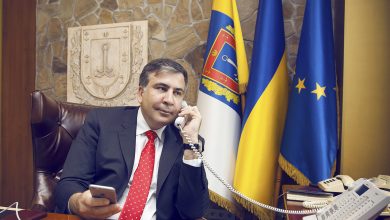