The Media Advocacy Coalition, uniting more than a dozen local civil society organizations, called on the Justice Ministry to “stop discriminating against journalists,” after it reportedly failed to invite government-critical media outlets to a press briefing.

The Coalition reported that besides the government-critical media, several online media outlets did not receive the announcement about the briefing either.

Calling on the Justice Ministry to provide journalists with equal access to information, the watchdogs highlighted that the “discriminatory approach” violates the right of journalists to carry out their professional duties.

Besides, the Coalition argued such an approach hinders the public from receiving updates on ongoing issues from a variety of sources.

Citing a report by one of the government-critical TV networks, TV Pirveli, the watchdogs said the channel’s crew were allowed to enter the briefing toward its end, but they were not permitted to ask questions about Mikheil Saakashvili’s transfer to the Gldani prison hospital. 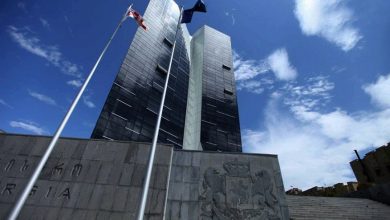