ISFED said it identified 332 Facebook pages of 28 political parties and their organizations. Facebook page of Giorgi Gakharia’s For Georgia party was the most active, while the Georgian Dream’s page had the highest interaction, according to the watchdog.

Among the Tbilisi mayoral candidates, ISFED said the page of Anna Dolidze was the most active, while incumbent mayor Kakha Kaladze’s page was leading in interactions, followed by pages of the United National Movement candidate Nika Melia and ex-Prime Minister Giorgi Gakharia.

ISFED reported that 51 civil servants, from 28 municipalities, published overall 228 posts with campaigning content during work hours. According to the watchdog, the majority of the posts were in support of the GD.

The report followed that ex-president Mikheil Saakashvili and the United National Movement were the main targets of the pages operating against the opposition parties. Besides, ISFED reported that ex-PM Giorgi Gakharia frequently became a target of social media attacks.

The watchdog added that on Election Day, posts aiming to discredit the Central Election Commission were also prevalent.

ISFED also studied political ads on Facebook and Instagram platforms, reporting that GD spent the highest amount, just over USD 127 thousand. The ruling party was followed by UNM with about USD 68 thousand and Lelo with nearly USD 36 thousand.

The watchdog said it found 231 undeclared ads, of which Facebook suspended 13% as per its appeal. As for sponsored posts by anonymous pages, ISFED said 188 ads were aimed at discrediting the oppositions, and 122 ads were in support of the GD. 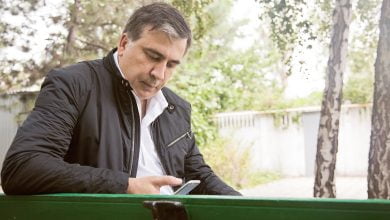