The Coalition for Independent and Transparent Judiciary, uniting some 40 local CSOs, said today that the ruling Georgian Dream party-proposed “fragmented” amendments to the Law on Common Courts are “completely out of touch with existing reality in the country.”

Presented by Legal Issues Committee Chair MP Anri Okhanashvili on March 25, the changes envisage a fully public voting process in the High Council of Justice for nominating judicial candidates, as well as introducing a rating system for the nominees. The Council members shall also be required to substantiate any positions they take in the vote.

The Coalition said instead that the key issue of the Georgian judiciary is “government influence and the uncontrolled authority of informal groups,” arguing the proposed changes to the selection procedures will not have a positive effect “on fundamental problems.”

According to the CSOs, the so-called “clan rule” in the judiciary can be uprooted if the government and the opposition agree in the EU-mediation process on selecting the High Council of Justice members and the top court judges in a process based on “consensus.”

Otherwise, the Coalition argued the proposal is “an attempt at imitating judicial reform,” amid the ongoing political crisis. 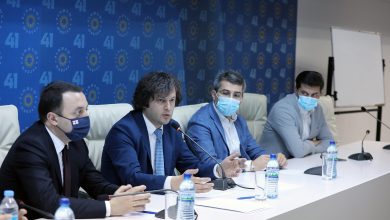