On November 12, the Georgian Interior Ministry announced that police arrested one person for involvement in a “large-scale scheme of production, purchase, storage and sale of drugs.”

In Tbilisi, police arrested the suspect, a citizen of Kazakhstan, who produced and sold mephedrone, a synthetic stimulant, and belonged to a group of dealers involved in the online drug trade.

Law enforcers purchased mephedrone from the suspect several times and also recorded audio and video footage of the drug manufacturing process at the suspect’s temporary residence, according to the Interior Ministry.

Police said it seized 2.3 kg of mephedrone, worth GEL 1.2 million (USD 360,000) on the “black market,” as well as laboratory equipment, chemical substances and precursors.

Interior Ministry stated the investigation was launched under Articles 260 (1,4) and 266 (1) of the Criminal Code of Georgia, involving illegal manufacturing, production, purchase, storage, transportation, transfer or sale of, and the arrangement or maintenance of a secret laboratory for illegal production of drugs, their analogs, precursors or new psychoactive substances, foreseeing imprisonment from six to eleven years. 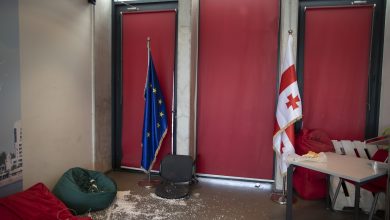