The three diplomats are reportedly required to leave the Central European country by the end of the week.

Confirming the decision, Slovakia’s Foreign Ministry spokesperson Juraj Tomaga told AFP news agency that a visa issued by the Slovak Consulate in Saint Petersburg was “misused and a serious crime was committed in the territory of another NATO and EU member state”.

Recently released investigation by Bellingcat, The Insider and Der Spiegel revealed that a second Russian national “Roman Davydov” allegedly involved in the killing of Khangoshvili, traveled from Russia to the European Union in the eve of the assassination with a visa obtained from the Slovak General Consulate in St. Petersburg. Another Russian citizen, Vadim Krasikov, assassin suspect had traveled to Germany with a visa issued by the French consulate.

Slovak media also reported that the Russian embassy employees undertook espionage under diplomatic cover. Tomaga said that “according to information from the Slovak intelligence services, their activities were in conflict with the Vienna Convention on Diplomatic Relations.”

In the meantime, Leonid Slutsky, chairman of the Russian State Duma’s International Affairs Committee, warned that Russia would give a “reciprocal response” to the expulsion of its diplomats.

In December, following the killing, Germany expelled two employees of the Russian Embassy in Berlin, blaming them for failure to cooperate with the inquiry.

Khangoshvili (also known as Tornike Kavtarashvili), 40, was gunned down in broad daylight in the German capital on August 23. A Georgian of Chechen descent, he fled to Germany after surviving an assassination attempt in Tbilisi in 2015. 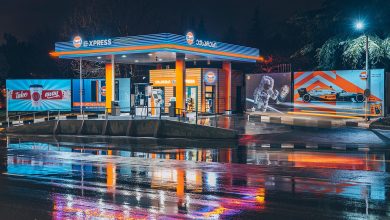