An anti-crisis plan unveiled by Georgian Prime Minister Giorgi Gakharia to tackle economic and social challenges amid the coronavirus fallout has triggered mixed reactions among the ruling party and opposition politicians.

Civil Georgia offers a compilation of these assessments:

Archil Talakvadze, Parliament Speaker: “We have developed a plan aimed at providing social-economic support and restarting the economic activity in the country. With this plan, we are responding to the needs of each and every citizen requiring healthcare, social assistance and economic support. In particular, GEL 350 million will be spent on healthcare; GEL 35 million will be directed to the needs of citizens and GEL 2.1 billion will be allocated to support economy and business. The state will spend a total of GEL 3.5 billion to help people.”

MP Salome Samadashvili, the United National Movement: “This program and its budget should have been submitted to the Parliament and then we should have had an opportunity to ask questions. I have a lot of questions concerning international aid [to finance the package], because the government failed to tell us the details about what specific assistance is forthcoming. The government did not tell us how it plans to fill a huge budgetary gap that we will have; nor how the promises given today will be kept.”

MP Giga Bokeria, European Georgia: “The presentation we heard from [PM] Gakharia came too late, it was too superficial, full of inadequate criteria and vague overall. No taxes are cut, citizens won’t feel the alleviation of financial burden, neither will the businesspeople, which is unpardonable in the current circumstances. When it comes to direct financial assistance –   it is hard to comprehend – the criteria for assigning it are incorrect, the per-person amount is insufficient and overall scheme is too small.  We have heard nothing about deregulation, the large role of the government is maintained – they will decide who gets what. As if they knew better then us, how to spend our money. This increases the risk of corruption and is overall a wanton harm. Same about accumulated pension reserves – they [the government] are refusing the people to use these funds.”

Nino Burjanadze, United Georgia – Democratic Movement: “I would say that the so called plan has left a depressing impression on me, because the mentioned figures speak of an extremely grave situation [we are in]… The government openly tells our citizens that they will have to reconcile themselves with starvation. The budgetary deficit will hit GEL 3.9 billion and the government says that by tightening their belts they managed to scrape up only 300 million – this is a dismal figure. When the government says that it will help people with disabilities only with GEL 100, this is a very grave figure.” 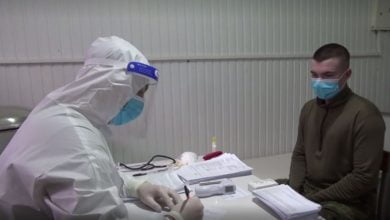 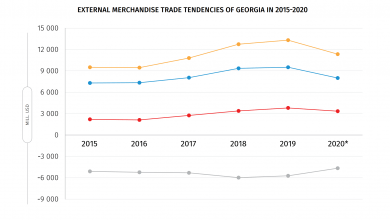