Several members of the Administration of All Georgian Muslims, the official governing body of Sunni and Shia adherents of Islam in Georgia, including Mirtagi Asadov, an ethnic Azerbaijani cleric, were summoned by the State Security Service for interrogation in connection with recent protests in quarantined Marneuli municipality, EMC, a local watchdog reported on April 16.

The State Security Service had launched an investigation into alleged sabotage (article 318 of the Criminal Code of Georgia) amid the state of emergency, EMC said.

EMC questioned the reasoning behind the State Security Service summoning the cleric. Mirtagi Asadov joined the social protest, and his action can by no means be incriminating, claimed the local watchdog.

According to the watchdog, Asadov attributes his summoning to his public comments made during an interview with Mtavari Arkhi TV on March 15, that “Georgia is not a theocratic country, it is a secular state, and us-versus-them cleavage is not justified.”

Asked by a journalist to assess government’s decision to allow Georgian Orthodox Church carry on Easter service, Asadov stated “then we should also open mosques during Ramadan and let’s see how the Prime Minister reacts.” Asadov later clarified that he was just hypothesizing, EMC noted.

On March 23, the government quarantined Marneuli and Bolnisi municipalities after first cases of internal transmission of COVID-19 had been confirmed.

The watchdog noted that, for several days now, residents of Marneuli were protesting “humanitarian crisis” – triggered by the imposition of strict lockdown measures – by honking horns of their vehicles at 9 pm for five minutes without leaving their houses. “Their protest was incited by the practice of selling products at below the market prices, and unjustifiable price increases in grocery stores,” mentioned EMC. 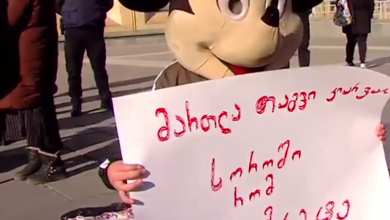