Georgian Prime Minister Giorgi Gakharia said the police acted within the frames of law during the dispersal of protest rally blocking the Parliament entrances on November 18.

Prime Minister said the right to freedom of expression is fully protected in the country, pointing out that the protests continued for several days “without any problems.”

He said, however, that after “several irresponsible politicians” called on protesters to block the streets and entrances to the legislature, the Parliament’s functioning “was put into question.”

“They actually attacked the lawmakers elected by people. So, police and government made a decision to stop an illegal rally, illegal blockage of the state institution,” PM Gakharia said.

He stressed that “the government and police would take the same measures if irresponsible politicians act the same way.”

“Political process should take place in the Parliament, in the media, at the ballot box, as well as through the right to free expression, in a way that observes the law,” he added.

37 protesters were arrested on charges of petty hooliganism and disobedience to police orders yesterday. Six persons, including four protesters and two police officers sustained injuries, according to the Interior Ministry. 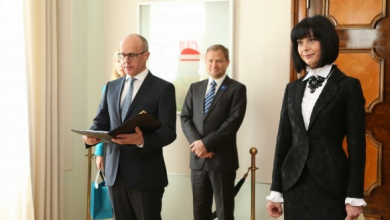