The survey was fielded by the Caucasus Resource Research Centers (CRRC) for NDI between July 13 and July 29 with the financial assistance of the UK Aid, and was carried out through nationwide face-to-face interviews (excluding occupied territories) with 2,131 respondents and has an average margin of error plus, minus 1.7%.

NDI senior director Laura Thornton said “for several years, pessimism has been growing about the direction of the country, likely driven by the public’s negative evaluation of the economy.” “Georgians hold the government responsible for their poor economic well-being, sending an urgent signal to Georgian leaders to develop and present concrete plans for inclusive growth and employment,” she noted. 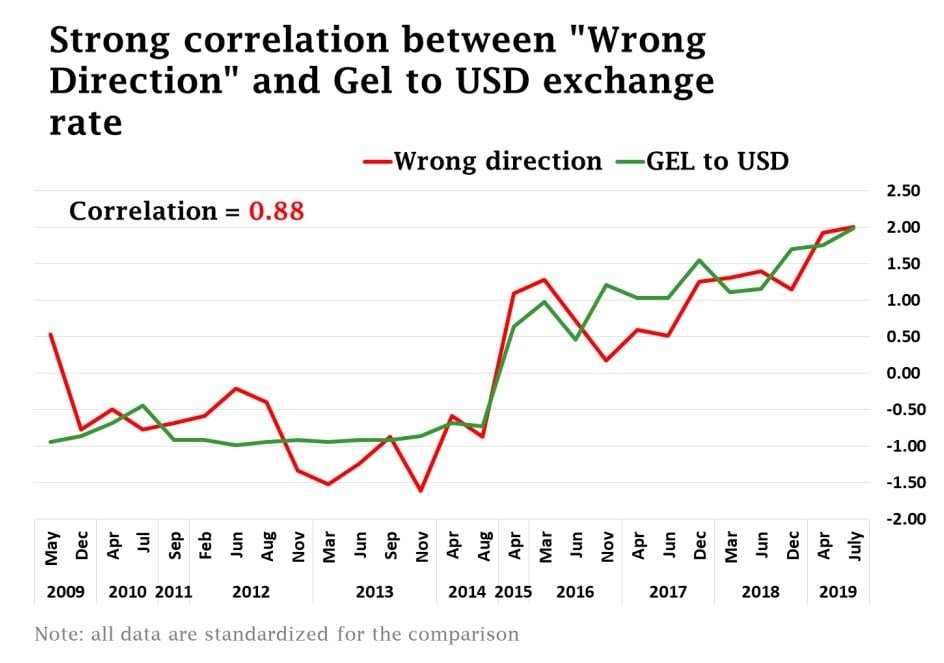 The poll also shows that respondents perceive jobs (48%), rising prices/inflation (34%), poverty (33%), territorial integrity (29%), pensions (22%) and wages (19%), as the top priority issues, which have not changed since 2009 and were represented in various sequences in all previous polls.

63% of respondents are negative about the country’s economy, 4% are positive, while 31% – assess it as “average.” 70% consider that Georgian economy benefits “only certain group of people,” 12% think it benefits “all citizens equally,” and 9% said it “doesn’t benefit anyone.” A vast majority (84%) consider that the government is primarily responsible for the economic problems in Georgia. 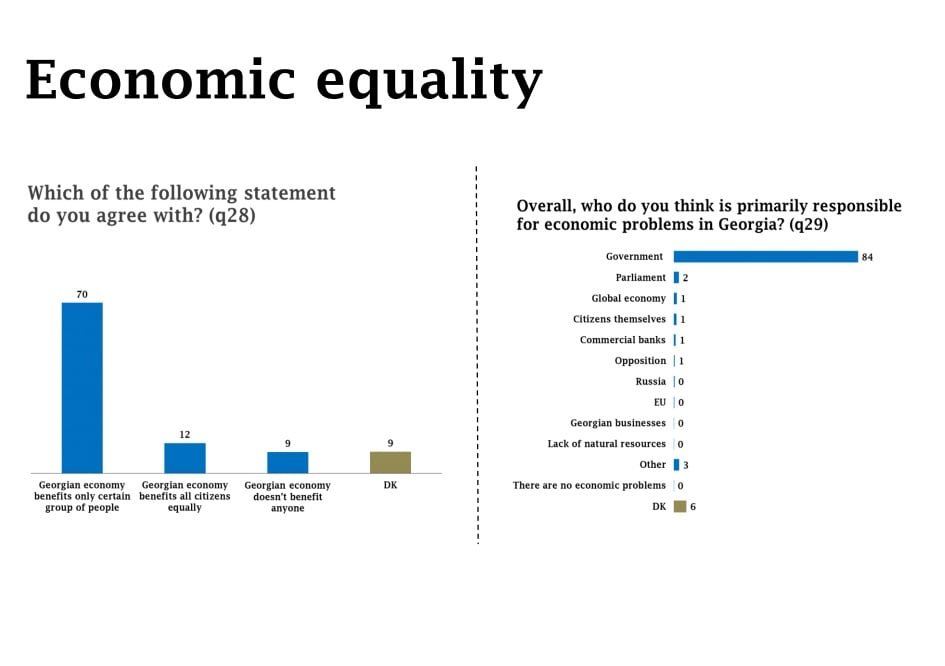 61% of the interviewed respondents report themselves as unemployed. This number is highest among country’s national minorities at 78%. 21% of respondents said they are unemployed and actively looking for a job.

Only a third (31%) feel they are better off economically than their parents’ generation, while almost half (43%) believe they can afford less than five years ago, according to the survey.

Only 27% of respondents between 18-39, and 8% of respondents above 40 are currently involved in the country’s pension program. However, 57% out of those involved, do not believe that they will be able to use the saved money once they retire.

13% of respondents said they are “very satisfied” with the quality of healthcare in Georgia, 58% is “somewhat satisfied,” 16% is “somewhat dissatisfied,” while 9% is “very dissatisfied.” Moreover, according to their 47%, the biggest issue facing healthcare system in Georgia today is “cost of medicine,” followed by “lack of professionalism of doctors and medical persona” – 24%, “cost of medical care/doctors’ visits” – 14%, and “poor quality medicine” – 5%.

According to the survey, 65% of respondents supports gender quota, which is a temporary mechanism obliging political parties to include certain number of women in their party lists. However, 24% area against, and 10% have no answer. Nevertheless, 46% of the respondents consider that having equal representation of women and men in parliament is the best proportion.

The survey covers minority issues as well. 58% and 34% of respondents find it “very important” and “important” to protect the rights of people with disabled; 16% and 56% – ethnic minorities; 17% and 54% – religious minorities; while 5% and 22% – sexual minorities (LGBT), respectively.

In minority settlements 57% and 36% approve the country’s EU and NATO aspirations, respectively.

In minority settlements, the difference is even higher with 58% considering it as bad, and 21% – as good for the country. 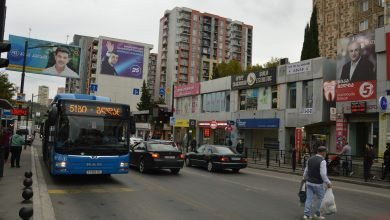 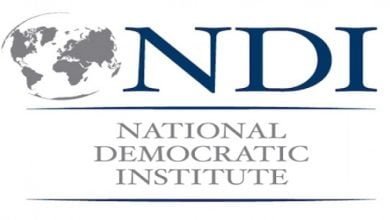