The survey was fielded by the Caucasus Resource Research Centers (CRRC) for NDI between March 28 and April 15 with the financial assistance of the UK Aid, and was carried out through nationwide face-to-face interviews (excluding occupied territories) with 2,927 respondents and has an average margin of error plus, minus 2.3%.

According to the survey, the number of respondents, who support the government’s stated goal to join the European Union has decreased to 77% from 83% in December 2018, with 56% fully supporting the country’s EU membership.

66% of supporters believe it will improve Georgian economy, provide greater security to Georgia (41%) as well as create more jobs (17%).

13% of respondents, who disapprove Georgia’s EU membership, say it will create conflict with Russia (39%). 31% prefer to have closer ties with Russia and 19% consider this will weaken Georgian cultural identity.

74% of respondents said they approve the government’s stated goal to join NATO, a four percentage point decrease compared to December 2018, with 55% fully supporting the country’s aspiration to join NATO.

53% of all supporters think NATO membership will provide greater security for Georgia, improve the country’s economy (37%), and improve chances to restore territorial integrity (27%).

Those against Georgia’s joining NATO believe this will cause conflict with Russia (51%), and that the country will lose more territories (12%). 28% said Georgia was ready for joining the Alliance, while 55% consider it is not.

47% say Russia is the chief actor preventing Georgia from joining NATO, while 42% named occupied territories and 12% – the unsatisfactory level of democracy in Georgia.

Talking about the current cooperation of Georgia with NATO, 42% say joint exercises and other initiatives improve country’s security, while 23% say they make country less secure.

Notably, the share of those who think current cooperation is detrimental to security is higher in the capital – 27% and the highest in Armenian-populated areas of Georgia 30%, possibly reflecting traditional fears of Turkey, Georgia’s only NATO neighbor.

Respondents are critical of the path Georgia took in relations with Russia since 2012, with 43% saying it negatively impacted economy, 45%- Georgian politics and 47% – Georgia’s security.

66% of respondents believe Georgia will benefit both from EU and NATO integration, while 21% say the country will benefit more after abandoning its European and Euro-Atlantic aspirations in favor of better relations Russia. Notably, the gap between these two opinions has been growing – with both NATO support growing, and pro-Russia one decreasing.

Television and internet were named as the main sources of information about Georgian politics and current events by 72% and 21% of respondents, respectively. Notably, in case of internet both the questionnaire and respondents identify internet with Facebook – social media platform central to Georgia’s social and political life, which is the primary source for 21% and a secondary one for additional 25% of respondents..

Imedi TV and Rustavi 2 – which respectively maintain pointedly pro-Georgian Dream and pro-UNM editorial lines – remained the most trusted television stations with 32% and 28%. This represents a six and eight percentage point increase compared to December 2018, possibly pointing to growing political polarization.

Imedi TV’s lead is mostly boosted by small urban and rural areas, while the Georgian Public Broadcaster lags way behind with 3% – the same figure as posted by Azerbaijani public TV station.

Respondents were also asked about Russia’s typical disinformation messages. 43% of the surveyed against 34, think that the Russian market is more beneficial than EU for Georgia.

While very few believe the Russian messages that U.S.-sponsored Lugar Lab in Georgia contributes to spread of epidemics (21%), or that the EU integration obliges Georgia to receive Syrian refugees (18%), or that NATO membership would mean Turkish bases installing in Georgia (11%), considerable part of the respondents – 40% and more – remains uncertain on all of these questions.

While it is true, that rural and minority-populated areas are somewhat more receptive to some of the Russian propaganda that dovetails with their own beliefs and stereotypes, their degree of  uncertainty (responses of “don’t know) is far more striking.

NDI plans to publish part of the public opinion poll involving political rankings on May 21. 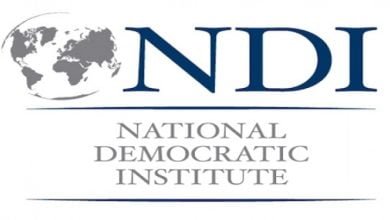 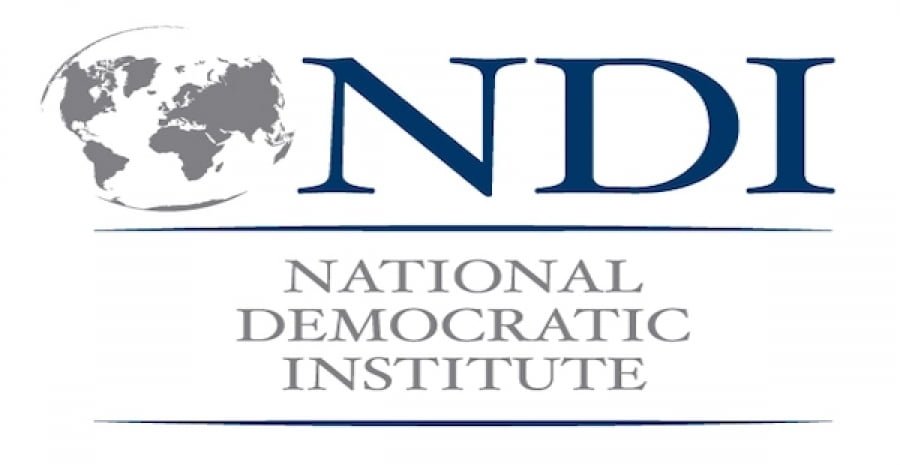