On July 18, the 94th Incident Prevention and Response Mechanisms (IPRMs) Meeting was held in village Ergneti, near the occupation line with Tskhinvali Region/South Ossetia.

Head of the European Union Monitoring Mission in Georgia (EUMM), Erik Høeg, and Special Representative for the South Caucasus of the OSCE Chairperson-in-Office, Ambassador Rudolf Michalka, co-facilitated the meeting.

Installation of “obstacles and barriers” along the Administrative Boundary Line (ABL), “the negative impact of ‘borderization’ on the lives of people on both sides of the ABL,” illegal detentions, alleged airspace violations and other security-related issues, as well as the death of Archil Tatunashvili and Davit Basharuli were addressed at yesterday’s IPRM meeting.

Representatives of the State Security Service of Georgia again demanded transfer of Tatunashvili’s internal organs and personal belongings, and investigation into death of Davit Basharuli.

Igor Kochiev, who spoke on behalf of the Moscow-backed Tskhinvali leader, Anatoly Bibilov, again raised the issue of demarcation of “the state border”. “South Ossetia will continue to equip the state border on its territory,” local media cited Kochies as saying.

According to the EUMM press release, Erik Høeg “noted that the overall security situation had remained relatively calm and stable but also highlighted developments related to detentions, explosions and ‘borderization’.”

“While highlighting the good cooperation on the use of the EUMM managed Hotline, Mr. Høeg continued to stress the importance to all participants of continuing to use this mechanism when dealing with sensitive issues, thus increasing transparency,” it said.

Both co-facilitators “urged all participants to continue using the Hotline and to increase early and timely exchange of information on activities by security actors from both sides of the ABL.”

The next IPRM meeting will be held in Ergneti on August 29. 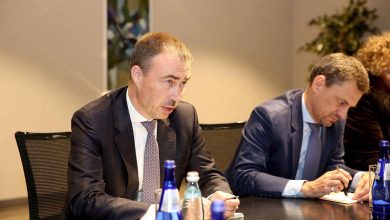 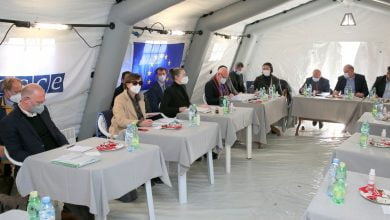