MP Eka Beselia says she will quit the ruling Georgian Dream party and will establish a new political party. The lawmaker made the announcement at a press briefing on February 22, a day after the Parliament voted down her legislative proposal on suspending lifetime appointment of city and appeals court judges.

The decision also follows the internal dispute in the Georgian Dream party over the appointment of Supreme Court judges, where Beselia is accusing the GD’s parliamentary leadership, including Speaker Irakli Kobakhidze, of lobbying specific nominees, who – she argues – “served Mikheil Saakashvili’s oppressive regime.”

“Emotionally, it is very difficult to say that I am leaving the political party that I have established together with Bidzina Ivanishvili,” Beselia said. “[But] GD has distanced from the ideals of October 1, 2012 elections; we have developed differences in terms of our values and our efforts in the last two years to free [the Georgian Dream] from remnants of the United National Movement have failed,” she went on.

Beselia said the Parliament Speaker and other GD lawmakers are lobbying “the judges who supported the oppressive regime of [Mikheil] Saakashvili and [Zurab] Adeishvili (Justice Minister from 2008 to 2012),” and are sidelining those who have a track record of going against the previous government.

“My decision is fair, reasonable and right, and I intend to continue my struggle together with those, who have never betrayed these ideals and their principles in exchange for comfort and government posts,” she added.

The lawmaker touched upon her future political plans as well, saying she will leave the Parliamentary majority and continue as an independent lawmaker. She also said she will hold consultations with other like-minded MPs of the ruling party on starting a new political platform.

Beselia’s legislative proposal obtained 45 votes in yesterday’s plenary, seventeen of which were from Georgian Dream lawmakers. It remains to be seen if all of them will withdraw from the majority group. Levan Gogichaishvili, Beselia’s long-time political ally, has already announced that he too will quit the ruling party. 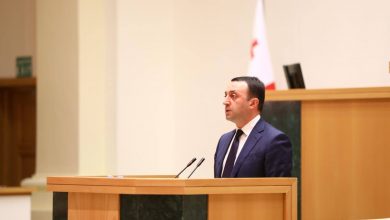 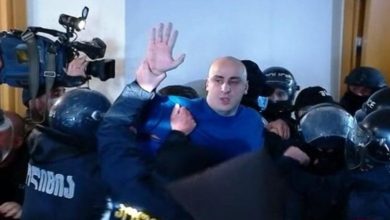