A scuffle erupted as Georgia’s ex-President Mikheil Saakashvili was holding a scheduled meeting with Georgian emigrants in a Belgian city of Liège on February 10.

Saakashvili promoted the planned meeting via social media, under the banner “Together at Home” several weeks ago. He said there was an urgent need to save Georgia, and called Georgia’s patriots for the gathering, which is showcased as one in a planned European tour to rally supporters.

In the past presidential elections, in October and November 2018, a candidate backed Saakashvili’s United National Movement performed particularly well outside the country.

The meeting was scheduled to start at 5pm local time, but had to be delayed for an hour duly due to a scuffle that erupted between the gathering participants. A part of the Georgians who gathered have met Saakashvili with protest posters and chants.

Despite the initial interruption, the  former President addressed the audience, discussing the political, social and economic situation in Georgia and unveiling his vision on overcoming the challenges and problems faced by the country.

He presented removal of Bidzina Ivanishvili from wielding power and the end to his oligarchy as the only solution. “Of course, we will return to Georgia; the situation is not ripe today, but in the coming weeks and months, we should prepare for it, because it is impossible to look at the destruction of your country from here,” Saakashvili added.

National Georgian broadcasters covered the meeting – and an incident – in a distinctly polarized manner, depending on their political preference.

The story aired by Rustavi 2 TV, said the Georgian State Security Service dispatched “Kortskheli landing troops” to thwart Saakashvili’s meeting. The channel said security services have staged the provocation. According to the same story, Georgian Dream’s activists also arrived in Liège, “remaining loyal to their traditions and compiling lists all Georgian visitors to local hotels” – alluding to the practice decried by the opposition as the means of pressure on voters during the past presidential vote.

The Georgian Public Broadcaster and Imedi TV painted dramatically different stories. These two broadcasters noted that a part of emigrants were prevented from expressing their opinions and those disagreeing with Saakashvili were  blocked from accessing the venue, causing a scuffle. The two channels said these protesters were pepper-sprayed. Rustavi 2 TV, however, blamed the pro-governmental agents provocateurs for using the tear gas.

The next meeting between the ex-President and Georgian emigrants will be held in Rome. 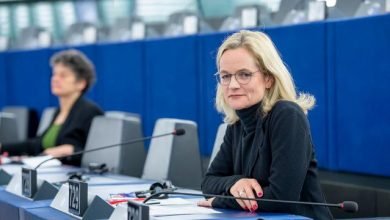 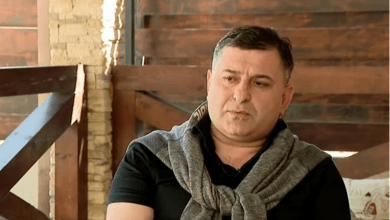