On 9 February, urban activists have gathered to protest the construction of high-rise residential apartments in one of the few remaining green areas on the outskirts of Tbilisi’s Saburtalo district, close to Tbilisi State University High-raise building.

The developer Optima (also known under its trademark “m²”) plans to build four 12-storey buildings covering the area of 19,6 thousand square meters. They claim the habitation would represent 20% of the construction area, with 50% dedicated to green space. They also plan to construct a kindergarten, a playground, and a sports stadium.

Green and urban activists say the company plans to build in the area zoned since 2008 as “recreational” in a city plan, in violation of the existing regulations. The company representatives contest the claims, saying the planning regulations have been modified since, but may not yet be reflected in the zoning maps.

Statement by researchers from the Soviet Past Research Laboratory (SovLab) that the construction area may have served as a cemetery for the WWII Prisoners of War (PoW) in 1940s and 50s, brought a new dimension into the debate.

Irakli Khvadagiani, SovLab researcher says people’s memory, as well as the topographic and aerial maps from the period indicate the presence of the cemetery, although no definitive research has been conducted.

According to their preliminary research, PoWs worked in brickwork factory and construction material careers in the area. Their precise provenance is not known.

Activists say the issue warrants further research and should the existence of the cemetery be confirmed, the PoWs shall be properly honored.

The latest protest represents a new page in a growing size and influence of the movement against uncontrolled urbanization of Tbilisi that unites green movements, left-wing activists, Tbilisi history buffs and generally concerned citizens. It has been organized around established non-governmental groups pursuing green and human rights activism,  as well as student movements, and has succeeded in creating a social media ecosystem capable of coordination of media efforts and spontaneous mobilization.

Some of the prominent groups engaged in urban green activism include:

The movements say the uncontrolled construction of the apartment building accompanied by destruction of green spaces and historical heritage causes significant deterioration of the quality of life in the city and endangers life and health of citizens. They say collusion between city officials and developers, as well as the lack of vision about city’s future is to blame.

They have recently scored a significant victory when Tbilisi Mayor’s Office negotiated with a development company to relocate the planned hotel from Tbilisi’s rare central Vake Park. 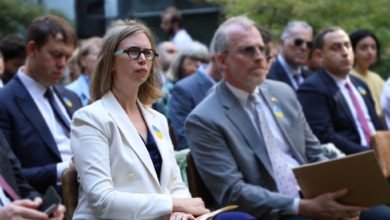