Georgian Defense Minister Levan Izoria presented on December 6 an annual report of the work of the ministry, summing up the results in 2018 and focusing on main defense priorities for the upcoming year.

Speaking to a group of ministry employees, servicemen and representatives of foreign embassies, Izoria said Georgia’s overall policy in terms of its NATO and EU membership aspirations could be best described as “strategic readiness.”

“This means the country has to be ready on a daily basis to implement these strategic objectives … as for the strategic patience, which was a commonly-used term [to describe our policy], I think it is more appropriate with respect to our occupied territories,” Izoria noted.

The minister then said the country’s defense policy has two strategic objectives – strengthening defense readiness and increasing NATO interoperability. These objectives, according to Izoria, rest on two principles – deterrence and territorial defense.

“The deterrence policy means that our armed forces have to be strong enough so that a potential aggressor knows that in case of attack it will get an adequate response and there will be big political and military costs. As for the territorial defense, this means the aggressor will have to be stopped through military means,” he explained.

Izoria spoke on the defense budget as well, saying “for the first time in Georgia’s history” the ministry spent 20% of its funds on acquiring military equipment, meeting the Alliance’s standards to that end. He also stressed the share of personnel expenditures has been reduced to 53% of the total budget under his ministerial tenure.

The minister also announced that a new National Defense Strategy, to be adopted in the beginning of 2019, will be based on the principle of total defense.

He also spoke on plans to “reorganize” the armed forces, including through making individual units more mobile, as well as through increasing the autonomy of their action and decision-making. According to Izoria, this also includes providing “equal” technical and equipment support to the units.

In his hour-long presentation, Levan Izoria also touched upon  a number of other issues, including the importance of the Georgia Defense Readiness Program, and the Substantial NATO Georgia Package, as well as the country’s contribution to international missions. 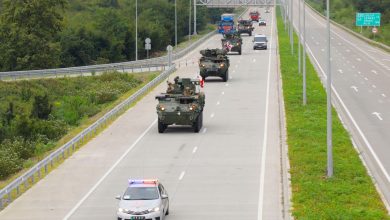 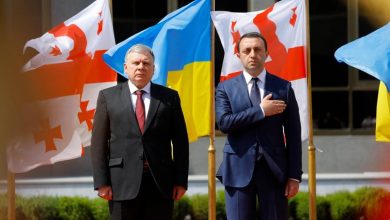